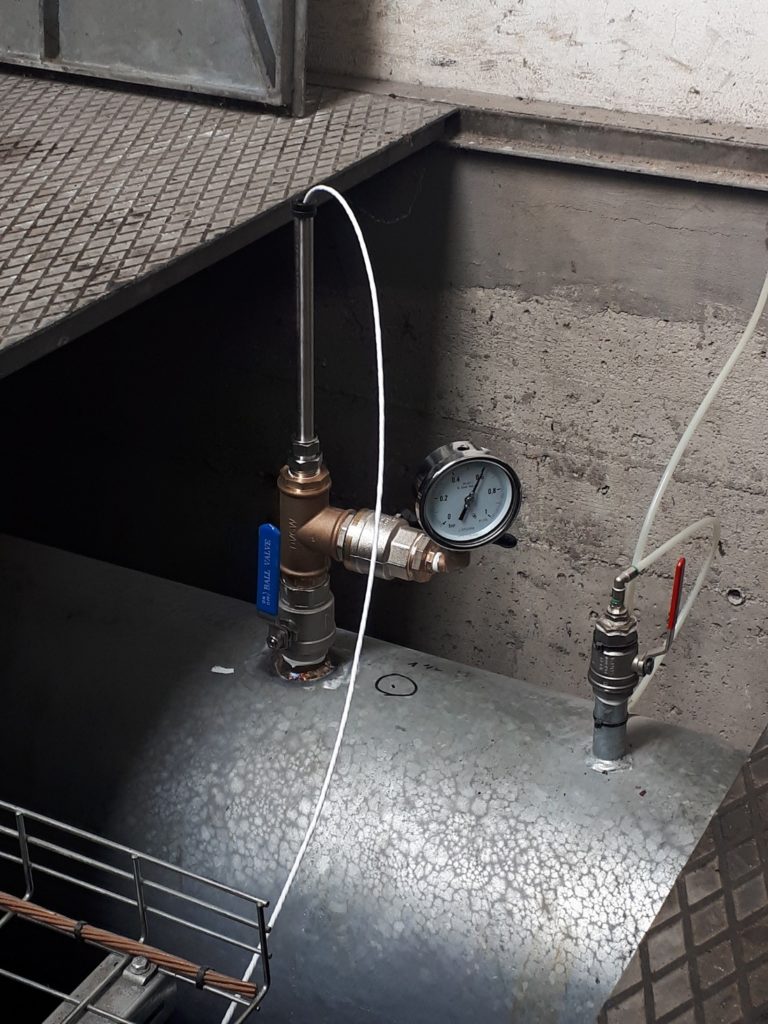 Flow and pressure data can support an energy audit and the process of raising capital for improvements (Image source: Sulzer Ltd.)

Edward Paro, Global Product Manager for Compressors and Aeration at Sulzer, looks at a few ways in which utilities and others operating water and wastewater treatment processes can reduce their costs.

Any project involving capital expenditure (CAPEX) needs to include a calculation for the return on investment (ROI). Now, with rapidly rising energy costs, the ROI for any energy saving project that reduces power consumption will be significantly shorter than in the past, giving it a much better chance of approval.

Nine ways to cut operational costs and get your investment back faster.

Getting the investment
Any improvement project is going to require an initial investment, the key is to recover this cost as quickly as possible. It is important to understand exactly how much energy costs are rising and how this is affecting the business’ performance. Since aeration is the single largest energy consuming process in a water treatment plant, this is where the greatest single improvement can be achieved.

The best way to support any request for investment is by delivering solid figures for savings that show how quickly the finance can be recovered. One way to achieve this is to do an audit. The amount of electricity consumed is usually easy to determine, but what do you get for it? It is advisable to take care to measure parameters such as the output of the blowers with instruments that are up to the task. Information on blower displays or permanently installed legacy instruments may give the wrong impression about the efficiency of the operation. It is better to verify the actual flow with a stand-alone instrument.

With exact data in hand, the case for the investment can be made. Based on either today’s price of electricity or on the forecasted pricing for upcoming years, the time it will take to pay the investment back will be significantly reduced. Image 2 illustrates the savings that can be achieved over a 12-month period and how energy prices affect the return on investment. For example, an installation involving the replacement of two turboblowers had a calculated saving of 160 MWh per year. The original payback period was calculated at just under three years, but with current energy prices, this will be reduced to less than two years.

Maximizing potential savings
Aeration processes are responsible for 50-80% of the energy costs in a wastewater treatment plant, which is typically electrical energy that is fed into blowers. By introducing more energy efficient equipment in this application, it is possible to maximize value for money.

While there are many other places where energy savings can be proportionally higher, the overall saving will be small if the consumption and/or the usage hours are minimal in the first place. It is worthwhile to inspect the aeration equipment in the basin to ensure it is working properly as that will have a significant impact on the need for air.

Fixing leaks and imbalances should be a top priority. For example, monitoring the backpressure over time will help understand how clogging of diffusers affects the efficiency. However, exchanging components such as the diffuser system or the mechanical aerators is usually a major undertaking with a potential impact on process operation. That type of refurbishment is often best done in conjunction with other major upgrades or when the aeration system is reaching the end of its life.

Mix and match
While many operators will strive to do a full exchange of all legacy blowers in one, completing the refurbishment as a step-by-step process offers significant advantages. One good strategy is to install sufficient equipment to cover the base load air requirement for the process, ensuring the new machines run continuously, with the older, less efficient equipment only being called on during periods of high flow.

New technologies such as blowers with magnetic bearings will have no mechanical wear and thus do not need to be cycled out of duty to even out wear. This in turn means that the legacy machines will be standing still and even if they wear, the lower operating hours will extend their economic life, decreasing maintenance and service charges. This strategy ensures the savings in energy consumption are maximized and the time to recover the investment is kept to a minimum.

Reduce project times
The less time required to complete the project, the quicker the savings will be realized. In many cases, a containerized blower can be installed without additional permits and with a bare minimum of civils construction.

Containerized blowers can be used as a permanent solution to replace existing equipment, or as a temporary solution while the original equipment is replaced with more energy efficient machinery. They can also be used in locations that are expected to have a limited operational life and relocated to another site later, maximizing the efficiency benefits for both sites.

If modern blowers based on high-speed technology are chosen, the container solution will be easy to accomplish with a minimum of noise emissions to the surroundings. Blowers such as the Sulzer HST product line offer low overall noise and the sound that is created is primarily at higher frequencies, which will not travel in the container structure or over great distances in pipes and in the ground.

Step-by-step process
Even if the target is to replace all blowers eventually, it may be wise to divide the project into smaller steps. This will help to successfully secure the necessary budgets, which may be gathered from operational expenses (OPEX) as well as CAPEX. With such a significant potential saving in running costs, the controller of the OPEX budget may realize the benefits that can be achieved and release funds to get the project started.

Each blower refurbishment project will contain some need to change electrical installations, re-route or update controls as well as adapting the pipework to fit the new machines. Such preparations can be broken out and executed while the older blowers remain in place. The blowers themselves can be ordered to be delivered over a period of years in order to fit under CAPEX ceilings.

Downsizing
Often, due to many treatment plants being over-sized for the flow that is received, the equipment that is installed will also be over-specified. This is quite normal, as designers expect the surrounding population to grow during the lifetime of the equipment on site. Advances in wastewater treatment process efficiency mean less air is needed whereas the focus on minimizing water use has meant that increases in flow have not materialized or inflows may have decreased.

For the aeration process, the resulting oversized blowers are far from the best solution. Instead, smaller, more efficient machines can be used to better match the demands of the process without excess energy consumption. This can start with adding a small blower or exchanging one big one for a smaller one if space is limited. Such an operation can usually be accomplished so that sufficient reserve capacity is retained to ensure compliance with local regulations. Otherwise, containerized solutions as mentioned earlier can be considered.

Upsizing
In contrast, some installations may consist of numerous smaller blowers that need to work in unison to match aeration process demands. In this case, replacing two units with a single, more efficient model will achieve a reduction in operational costs while minimizing the capital expenditure both on machinery and installation.

The bigger blower may be too big for the night-time low flow regime however. For this, a limited number of the legacy, small sized blowers are retained. The lower efficiency of the legacy blower will not have a large impact because the overall energy consumption for the lower flow, and hence power, is small during the hours in question.

Again, by using the new equipment as the duty machine, the initial investment will be recovered more quickly.

Pipework
Modern high-speed blowers are usually smaller than their legacy counterparts and can more often than not be connected to the existing aeration pipework, which can minimize project costs in terms of civils and materials as well as the overall time required to complete the project. By working with an experienced design and manufacturing team, it is possible to make the best possible use of the existing infrastructure without compromising the performance of the new and more efficient equipment.

Controls
In order to achieve the best possible return on investment, it is important to look at the controls that are used to operate the blowers. As part of the update project, a review of the control infrastructure for air production and how it can be optimized to make the most of the new equipment and reduce operating costs for the aeration process. It can be advantageous to consider replacing legacy controls by one master controller for the complete set of blowers, including the legacy blowers left in place.

Summary
As energy costs continue to rise, the savings that can be made by improving the efficiency of blowers will enable initial investments to be recovered even more quickly than before. Once the payback has been achieved, the savings will continue for years to come, enabling budgets to be used in the improvement of other areas, enabling the treatment plant to meet future demands. This text has outlined a number of strategies and hopefully provided some food for thought. Each treatment plant is different, however, and needs to be evaluated to find the true potential for saving energy. A good place to start is to contact one of the companies with expertise in the field to do a thorough survey of the most promising candidates, which often include the aeration blowers. 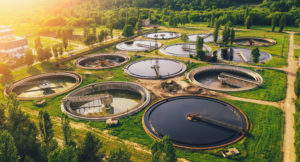 Sulzer Called in to Overhaul Storm Pump After Extended Delays

Stormwater pumps will often be motionless for extended periods of time, but when water levels rise, they must be able to perform at a moment’s notice. Achieving the necessary reliability requires regular maintenance and periodic component refurbishment.