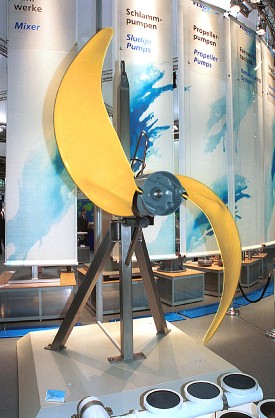 IFAT 2002 was characterized by a trend toward internationalization. Despite the sluggish German economy, the number of trade representatives who attended IFAT 2002 remained nearly unchanged at 97,000 (100,000 in 1999).

IFAT 2002 also set a new record in the number of visitors from other countries: More than 30,000 visitors came to Munich from countries other than Germany. That is an increase of 75 percent compared to the 17,000 international visitors at IFAT 99.

The number of countries that visitors came from was also up considerably, i.e. 122 countries compared to 100 at IFAT 1999. Besides Germany, the countries that accounted for the largest numbers of visitors were Austria, Italy, Spain, Switzerland, Great Britain, the Czech Republic, Japan, Hungary, Slovenia and the United States.

Of the 2,041 exhibitors from 39 countries (1999: 2,021 exhibitors from 33 countries) at this year's fair, 25 percent were from abroad (1999: 22.6 percent). From May 13th to 17th the International Trade Fair for the Environment, Waste Water and Waste Disposal featured exhibits of sector-specific solutions as well as a wide range of first-rate services in the water, sewage, refuse and recycling sectors.

According to the results of a survey conducted by the market-research institute Infratest Burke, IFAT 2002 was given an exceptional rating of "good to excellent" by exhibitors (92 percent) and visitors (96 percent) alike. The fair received particularly high marks from the foreign exhibitors (95 percent). According to the survey, they were particularly impressed by the fair's character as a leading industry event (91 percent "good to excellent") and the large number of visitors from other countries (88 percent). They also praised IFAT for the quality of its exhibitor services (90 percent) and the qualifications of its visitors (89 percent).

The International Trade Fair for the Environment, Waste Water and Waste Disposal also received excellent marks from the trade visitors, above all due to the scope and completeness of the exhibits (93 percent "good to excellent"), the presence of market leaders (88 percent), the breakdown of exhibits into clearly defined sectors (86 percent), IFAT's character as a leading industry event (86 percent) and the quality of visitor information (84 percent).

The survey also revealed the branches of industry to which the trade visitors belong. The share of private utility and waste-removal companies increased from 28 to 32 percent. 26 percent of all visitors were from the industry and the manufacturing sector. The share of municipal utility and waste-removal companies was 20 percent.

Despite the current sluggish state of the German economy, 44 percent of the exhibitors were positive when asked about future market growth. That represents an increase of 9 percent compared to IFAT 99.

Visitors also praised the extensive range of information available in the related-events program and its many lectures on the latest topics. The 12th European Waste Water and Waste Disposal Symposium gave some 1,500 international participants a chance to gather information on the latest techniques in the water, waste-water and waste-disposal sector. The IFAT exhibitor forums were also a great success. And with 683 (1999: 617) journalists from 31 countries who were accredited during the fair, IFAT has also generated a great deal of interest among the international media.

Given the very positive outcome of the 13th International Trade Fair for the Environment, Waste Water and Waste Disposal in Munich, 80 percent of the exhibitors announced before the fair had even drawn to a close that they intend to participate in IFAT 2005, to be held at the New Munich Trade Fair Centre from April 25 - 29, 2005.