HMS Group announced, that the Federal Antimonopoly Service approved the acquisition of 51% of a share capital in Dimitrovgradkhimmash (“DGHM”).

Dimitrovgradkhimmash is the Russian manufacturer of equipment for oil refining, chemical, petrochemical and gas processing purposes. Founded in 1931, DGHM supplies major oil & gas and chemical companies with a wide range of products – from pumps for oil and oil products to tanks and vessels and other special technological equipment for different applications. For the FY2011, DGHM has revenues of Rub c.1.6 billion ($53 million) and EBITDA of Rub 387 million ($13.0 million) with a strong 24.5% margin, in accordance with RAS. The company had no outstanding debt as of the end of 2011. 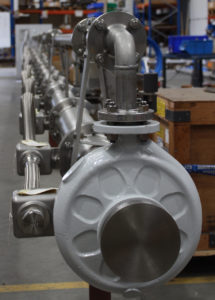 Amarinth has completed an order from Armada Madura for $1.5M of API 610 VS4 vertical pumps for a new FPSO being built for the Oil and Natural Gas Corporation Limited (ONGC), India.