In total, Sulzer (including Sulzer Metco) achieved an order intake and sales of CHF 4.0 billion and profitability of 9.2% of sales before and 8.7% after restructuring expenses.

For continued operations, excluding Sulzer Metco, order intake decreased slightly compared with the previous year to CHF 3.2 billion in 2013. Market activities in the oil and gas industry showed growth in some areas while the power market remained at low level. The water market decreased slightly with some signs of picking-up trends in the wastewater segment by the end of the year 2013. Demand in Asia-Pacific was strong, while Europe continued to be comparably weak. Sales decreased slightly to CHF 3.3 billion.

Return on sales was influenced by lower capacity utilization, especially for wastewater pumps and for electromechanical services, by the operational measures in the respective businesses, by the integration of central group functions, and higher other costs such as for IT booked under Others. It decreased to 8.6% before and 8.1% after restructuring expenses. To mitigate the impact of lower sales, capacities were reduced in the wastewater pumps business and electromechanical services. Together with the integration of group functions this correlates with a reduction of over 300 full-time equivalents and restructuring expenses of almost CHF 17 million in 2013. Profitability increased in the second part of 2013 compared with the first half year. Return on capital employed remained at a value creating level with 12.6%. The free cash flow was on a healthy level of CHF 219 million.

Net income attributable to shareholders, as a result of the lower operating income, decreased to CHF 234 million, resulting in basic earnings per share of CHF 6.89.

The balance sheet remained healthy with an equity ratio (equity attributable to shareholders of Sulzer Ltd/total assets) of 51%, and the gearing (borrowings/equity) decreased further to 25% at the end of 2013.

Based on present knowledge and excluding major changes in the general economic conditions, good activity levels for parts of the oil and gas industry are expected, in particular in the Americas. Based on positive developments in selected regions, especially the Americas and China, some recovery is expected for the water market. Activities in the power and in the general industries are forecast to continue at similar levels. Sulzer anticipates slight growth for order intake and sales in 2014 compared with 2013. Return on sales before restructuring is expected to improve slightly, supported by the measures taken in 2013. Depending on market developments and capacity utilization, restructuring measures will continue in 2014.

Sulzer initiated significant changes in 2013 with the goal of becoming one integrated and more customer-focused company in three key markets. The strategic decision to focus on three key markets and the adaptation of the company’s operational structure provide the basis for profitable growth in the future.

The adapted operational structure, effective since January 1, 2014, consists of the Pumps Equipment division comprising pumps and spares including an integrated Water business unit. The division Rotating Equipment Services integrates maintenance and repair services for turbines, compressors, generators, motors, and pumps. The Chemtech division remains unchanged consisting of separation, mixing, and service solutions. As one integrated company, Sulzer can now offer one access point for customers and focus on value creation and profitable growth.

Sulzer Pumps achieved an order intake of over CHF 2 billion in 2013. This achievement was supported by large orders in the oil and gas upstream industry such as the supply for floating production storage and offloading (FPSO) vessels in Brazil and Australia in the first nine months of the year. In addition, the pipeline pump business in the Americas contributed with some large orders in 2013, while the downstream business lagged behind. The power industry continued on a low base, and the water market was lower than the previous year. Good activity was seen in the general industries. Asia-Pacific was very strong, and North America continued to develop well; Europe was comparably weak.

From a key market perspective, the division anticipates further growth opportunities in selected parts of the oil and gas market in 2014. For the power market, some growth is expected for Asia-Pacific while the rest of the world should continue at similar low levels. The water market is predicted to show growth opportunities in selected regions. Geographically, Asia-Pacific and North America are likely to remain the growth drivers in 2014.

Order intake decreased from the last year. This was mainly due to the weak demand for electromechanical services in the UK and in Australia. In addition, order intake was also affected by less large orders. Activity levels in the oil and gas market were steady, while the power and the general industries were weaker. Geographically, market activities improved in all regions after a slow start in 2013. Demand in North America increased in part due to the shale gas boom. South America and Canada continued to develop positively. China and Russia offer good opportunities for future growth.

Sales decreased from last year. Operating income was CHF 39 million which is 29% lower than 2012. Reduced capacity utilization, especially at the electromechanical service sites in the UK and in Australia, affected the operating income and profitability of the division. Sulzer Turbo Services took targeted measures to improve its operational performance. These included capacity adaptations and sales improvement initiatives. Despite the positive effects of the measures taken and the visible improvements in the UK and Australia, profitability was 8.3% and did not achieve the same high level as in 2012.

For 2014, Rotating Equipment Services expects some growth in the oil and gas market, driven by the continuing high demand of crude oil and the ongoing shale gas boom, namely in North America. The power market is expected to remain at the current levels, while opportunities in developing markets such as Russia and China are visible. The division predicts slow growth in the general industries, except in China. Geographically, North and South America, Russia, and China are expected to continue growing. Growth in Europe is forecast to continue on a weak level in 2014.

The division achieved healthy growth in order intake, supported by good market conditions. The oil and gas downstream industry continued to develop positively for mass transfer technology and tower field services, supported by some large orders from Asia and the Middle East. The process technology business reported high demand with various large orders for multiple skid-mounted process solutions. Due to higher levels of activity in key markets, the order intake for one- and two-component mixing systems remained strong. Market activities continued at a good level in all geographic regions, especially in Asia.

Sales were higher than in 2012, and operating income increased significantly. Profitability clearly increased—supported by continuing operational improvements— and reached a double-digit level. An expansion project for skid manufacturing was initiated, and the capacity for two-component mixing and dispensing systems was ramped up in China to capture Asian growth.

For 2014, Chemtech anticipates that the oil and gas market will stabilize at a high level. In the general industries, the division expects continued high levels of activity. Geographically, Asia and the Middle East are predicted to be the growth drivers, while market activities in all other regions are forecast to remain at the current level.

As a consequence of a more focused key market strategy, a divestiture process was initiated to sell the Sulzer Metco division, which is mainly active in the transportation market. At the end of January 2014, Sulzer signed an agreement with Oerlikon for the divestment of its Sulzer Metco division. Sulzer Metco is reported as discontinued operations.

The division was able to grow order intake and sales on an already high base, mainly driven by the continued positive developments in the aviation industry. The return on sales both before and after restructuring was over 10%.

Proposals by the Board of Directors to the Annual General Meeting

The Board of Directors will propose an unchanged dividend of CHF 3.20 per share at the Annual General Meeting on March 20, 2014.

Board of Directors: Peter Löscher proposed as new Chairman

Vladimir Kuznetsov, who has been member of the Sulzer Board of Directors since 2007 and who acts as Chairman of the Board on an interim basis (since January 1, 2014 and until the Annual General Meeting on March 20, 2014) does not stand for re-election. The Sulzer Board of Directors would like to thank Vladimir Kuznetsov already today for his important contributions over the past years.

Peter Löscher (56), Austrian, has broad international experience on an operational leadership level and as the Chairman of Advisory Boards. He was President and CEO of Siemens AG from 2007 – 2013. Before, he had a variety of leadership positions in international companies -

Matthias Bichsel (58), Swiss, has many years of international management experience in an international environment. Since 2009 he is member of the Executive Committee of Royal Dutch Shell plc, heading the Projects and Technology Business. Before, he held various leadership positions within Royal Dutch Shell, amongst others as Executive Vice President, Shell Global Exploration or as Managing Director of Shell Deepwater Services in the US. He is member of the Industry Advisory Board of the Society of Petroleum Engineers.

In addition, at the Sulzer Annual General Meeting, the Board of Directors is proposing that Thomas Glanzmann, Jill Lee, Marco Musetti, Luciano Respini, and Klaus Sturany be reelected for a one-year term of office each. 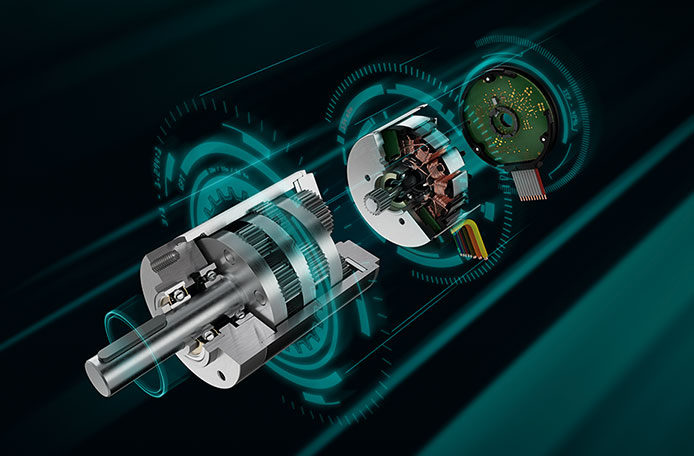 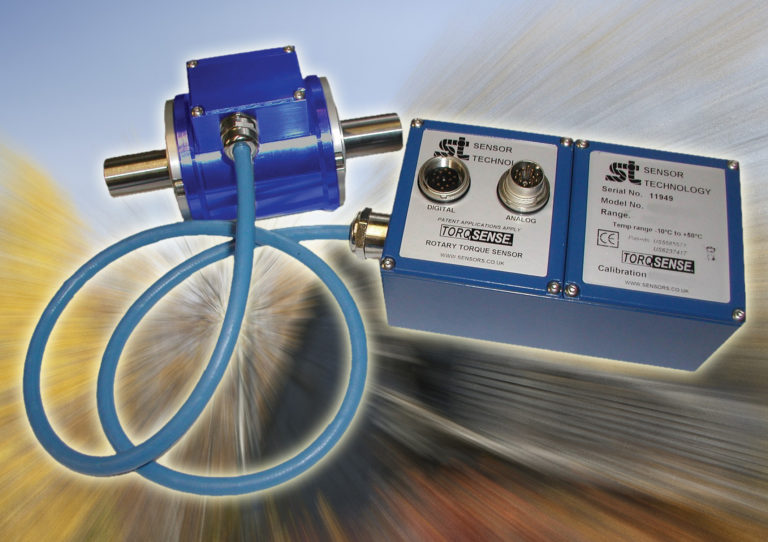 Oxford YASA Motors, a company created to commercialise the revolutionary YASA motor developed by Oxford University’s Energy and Power Group, is finding that a TorqSense non-contact speed and torque sensor from Sensor Technology is an invaluable aid in the refinement of its world-leading motor designs. 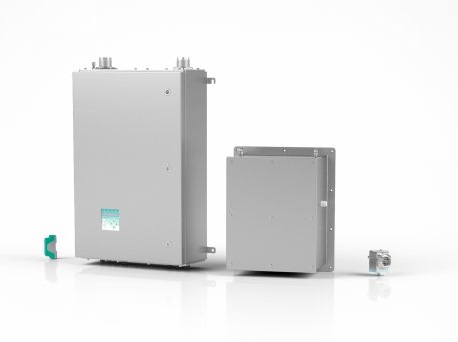 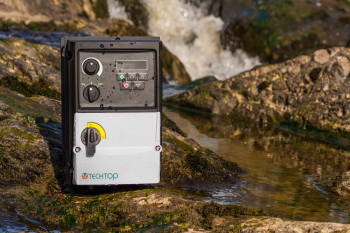