Good news for the chemical, food, pharmaceutical and other process industries. According to a recent survey conducted by the CHEM SHOW and Processing magazine, production and capital spending will increase this year, and next.

"These survey results indicate that processing companies will actively be planning to buy new equipment to increase their production, which is very encouraging news for both the chemical processing industry and the Chem Show," said Clay Stevens, President of International Exposition Company, which produces and manages the Chem Show. "The Chem Show takes place December 10 - 12, so many CPI professionals will be planning ahead for active projects and needs in 2014.”

Stevens added that the timing couldn’t be better for the 2013 Chem Show. As the leading North American event for the CPI, more than 5,000 decision makers from all segments of the processing marketplace would be convening in New York over three days to see the latest products and technology from more than 300 exhibiting companies.

The findings of the recent Chem Show/Processing magazine survey are consistent with other recent economic studies that indicate an improving economy will stimulate growth across many process industries, including:

Stevens concluded, “What all these positive economic forecasts mean for the several thousand process engineers, production/plant personnel and other CPI decision makers attending the 2013 Chem Show is that the timing couldn’t be better for them to see and buy the latest equipment they need.” 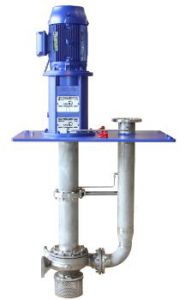 The Estigia type series extends the KSB SE & Co. KGaA, Frankenthal, product portfolio for the chemical and petrochemical industries and other applications. 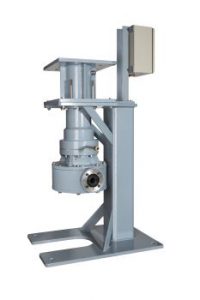 The centrifugal pump of type MPCV has some exceptional properties. Due to the dry-running, self-regulating and hermetically sealed design, the tried-and-tested vertical pump does not require a minimum volume flow or a large static head. The 3-phase compatible and intrinsically safe special pump is now also available as an all-ceramic version (K-MPCV-AN).