“In the first half-year 2009, we have made significant progress in shaping the new CHRIST. In a really adverse economic climate, we have advanced the organisational and financial reorganisation of the Group refocusing our exciting water technology capabilities in our Ultrapure Water and Municipal Water divisions while reinstating our financial health with sale of the Pharma business,” says Malek Salamor, CEO of the Christ Water Technology Group about the events so far in 2009.

The CHRIST Group sends out a positive signal with an order intake of € 146.4 million, up 34.5% on the previous year, in continuing operations and € 155.5 million (up 25.6%) including discontinued operations (ie the Food & Beverage division). Orders on hand were down only very slightly compared with the strong figures for the first six months of 2008, with a drop of 1.8% in continuing operations (-6.8% including discontinued operations).

Consolidated sales of € 116.4 million (previous year: € 137.7 million) reflect the fact that the volume of business was reduced, owing to the worldwide economic slump, and were down 15.5% in continuing operations and 20.4% including discontinued operations compared with the same period of the previous year.

Over € 5 million was saved compared with the first six months of 2008, as the cost-cutting and process optimization program took effect. The CHRIST Group held its ground despite further unscheduled burdens of € 2.5 million in Swiss power plant projects and although the market environment remained difficult, with EBITDA for continuing operations of € 2.9 million (previous year: € 6.2 million). Earnings before interest and tax (EBIT) were positive at € 0.4 million, following a significant drop in earnings in the second half of the previous year. With adjustments for further burdens in connection with the termination of the loss-making power plant contracts of the Swiss Group company, EBIT amounted to € 2.9 million. The net result from continuing operations became negative due to the additional charges in the second quarter at € -1.5 million (previous year: € 2.3 million), following a slight profit for the first quarter. Excluding the power plant projects at the Swiss site to be terminated, the net result would have been positive at € 1.0 million.

Cash flow from operating activities improved significantly thanks to successful working capital management in the second quarter and rose to € -1.7 million compared with the previous year’s figure of € -11.4 million.

Net debt was reduced to € 55.1 million through active cash management, which brought it close to the good year-end figure of € 54.7 million for 2008. Group equity (including minority interests) dipped by 12% from € 37 million to € 32.5 million compared with December 31, 2008 due to the negative Group result. The equity ratio climbed from 15.9% to 16.3% owing to the reduction in the balance sheet total.

Malek Salamor: “Our shareholders recently have unanimously given green light for the Pharma business divestment at the General Meeting encouraging us in our efforts to enable CHRIST to come out strong in the next economic upturn. Once the transaction is concluded the results of operations, financial position and equity of the CHRIST Group will improve considerably and the reduced complexity of the company structure will allow the group to focus on forward-looking growth markets in 21st-century water technology.” 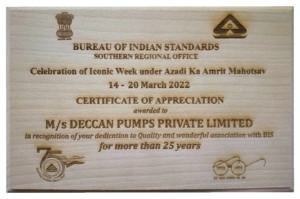 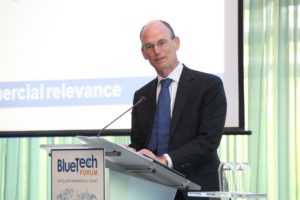 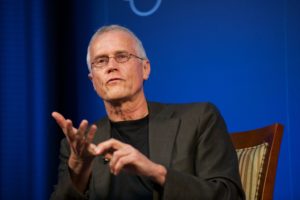