BWT in the 1st half year: Varying Results in Two Main Divisions

In the first six months of the financial year, BWT – the Best Water Technology Group – had very different sales and earnings results in its two main divisions Aqua Ecolife Technologies (AET) and Aqua Systems Technologies (AST). While the AET division developed well, despite the difficult German market, the decline of sales and margins in the semiconductor business resulted in losses in the AST division, which ultimately strongly impaired the group result.

In the first half year, consolidated sales declined by 11.1% from EUR 217.6 million to EUR 193.5 million. This decline was mainly due to the deterioration of total operating performance at the Swiss Christ group. 2nd quarter sales totalled EUR 95.5 million against EUR 115.4 million in the previous year, with the AET division posting a result at the level of the previous year.

In the AET division, BWT activities in the East European countries achieved growth of almost 10%, which together with France (+6%), Spain (+24%) and Belgium (+9%) offset the economy related decline in Germany (-6.5%), and the currency-related reduction at Christ Aqua Ecolife (-5%).

By product areas, it was primarily the building installation (+2%) and swimming pool technology business (+11%) which carried the positive development.

The sales slump in the AST division was largely due to the Christ Group which posted a declined in total operating performance of 38%, some 5% points of which were due to the translation of CHF sales.

As of 30 June, the van der Molen group and Christ-Kennicott were slightly down on the previous year for settlement reasons. But good order books at these companies and at Aqua Engineering lead one to expect a good full year.

In 1st half year 2003, business with special membranes for fuel cells moved in line with the general market situation. EUR 0.2 million were generated after EUR 0.5 million in the previous year.

Due to the lower share at AST, material costs moved down from 46.3 to 42.2% of sales. Personnel expenses declined 0.2% year-on-year. The financial result was considerably improved, with interest expenses being reduced by 36.8% against the previous year. This was due to the successes of the Cash Positive Program with the considerable reduction of interest-bearing liabilities and also to the generally lower level of interest rates.

As a result of the decline in earnings, the cash flow for the result in the first half of the year moved down from EUR 16.6 million to EUR 11.3 million. As a result of a lower receivables inventory, cash flow from operating activities was increased from EUR 8.7 million to EUR 19.0 million. This made further progress in reducing interest-bearing liabilities possible. For the first time since the acquisition of Christ AG from the Swiss stock exchange, net indebtedness was pushed under EUR 80 million. As of 30 June, gearing improved to 66%, approaching the 2003 target of 65% earlier than expected. With the lower balance sheet total, the equity rate reached the pleasing figure of 34.8%. (30 June 2002: 30.1%)

In 1st half year 2003, investments of the BWT Group in tangible assets totalled EUR 2.8 million, down year-on-year by approximately 10%.

In its statement of 24 July 2003, the Board of Management had already announced the strong downgrade from sales and earnings expectations for the current year, due to the weak semiconductor business. In line with these estimates, BWT anticipates consolidated annual sales in the order of EUR 400 million (2002: EUR 431 million) and consolidated earnings of EUR 7.5 million (PY: EUR 15.2 million). In Christ AG further steps to adjust capacity have already been taken; however the resulting cost savings will only impact earnings next year.

The Board of Management expects that there will be a turnaround in the semiconductor industry in 2004. The Christ Group, with its optimised cost structure and technology leadership is set to benefit strongly from this.

For 2003 the Board of Management plans to retain the dividend level unchanged at EUR 0.24 per share. 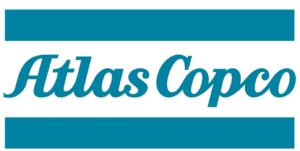 Mats Rahmström, President and CEO of the Atlas Copco Group, comments on the report for Q4 that was released. “Demand was mixed during the quarter and order volumes decreased, primarily due to lower order intake for vacuum equipment,“ said Mats Rahmström.