The EP 100 initiative, in partnership with the Alliance To Save Energy, brings together a growing group of companies worldwide committed to using energy more productively to lower greenhouse gas emissions and accelerate a clean economy.

The Climate Group estimates that if 100 companies double their energy productivity by 2030 – generating twice as much economic output for every unit of energy consumed – over 170 million metric tons of emissions could be avoided cumulatively, equivalent to taking 37 million cars off the road for a year.

Armstrong’s announcement to join the EP 100 is part of its recent partnership with the World Green Building Council (World GBC) on the Net Zero Carbon Building Commitment initiative. Armstrong joined 49 other organizations to ensure their own portfolios of buildings operate at net zero carbon by 2030.

This commitment builds on Armstrong’s industry-first “2 by 22” initiative, announced in 2018. In launching this initiative, Armstrong has pledged to reduce Greenhouses Gas emissions among existing customers by 2 million tons by the year 2022. Achieving this goal would be the equivalent to taking 600,000 cars off the road for one year, or offsetting the average annual CO2 emissions generated by 100,000 people.

A long-time champion of environmental responsibility, Armstrong first launched its worldwide Planet Proposition sustainability initiative six years ago. Since then, Armstrong has helped its customers save nearly 462,000 tons of CO2 equivalent, over 1.4 billion kWh of electricity and $139 million dollars

“We believe it’s critically important for everyone to do what they can to help reduce GHG emissions,” said Ofer Ben-Dov, Global Sustainability Leader with Armstrong Fluid Technology. “In addition to helping our customers worldwide significantly reduce their energy consumption, our internal initiatives are designed to improve the environmental performance of Armstrong facilities, not only in energy usage but also in water consumption, indoor air and lighting quality, paper usage, recycling of resources, landscaping and certifications.” 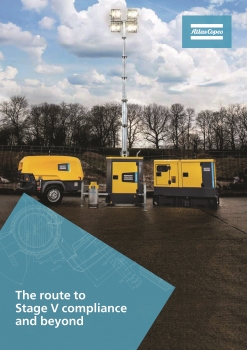 Atlas Copco Power Technique has published a free e-guide that explains the impact of new European Commission emissions standards legislation on non-road machinery such as compressors, generators, pumps and light-towers.

According to the California Air Resources Board (CARB) approximately 11,800 gasoline dispensing facilities in the State of California were required to upgrade their station s equipment to comply with Phase II Enhanced Vapor Recovery (EVR) upgrade standards by April 1, 2009.

Armstrong Nominated for a Prestigious Award

Armstrong, a leading supplier of quality high efficiency HVAC and fluid handling equipment for residential, commercial and industrial applications, has been nominated for a prestigious award in the UK.