Board of Directors of ABB Ltd. announced today that Joseph M. Hogan has been appointed as Chief Executive Officer of the ABB Group. 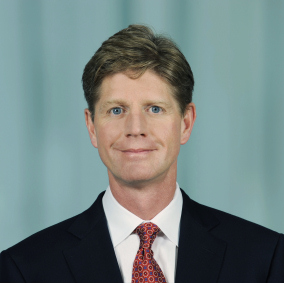 Hogan is currently CEO of GE Healthcare, the global leader in medical diagnostic technology and biosciences, and is a member of the GE Senior Executive Council. He will join ABB on September 1, 2008.

Michel Demaré, ABB’s Chief Financial Officer, who has held the CEO position on an ad-interim basis since February 13, 2008, will continue to serve as ABB’s CFO.

“Following our extensive search over the past months, the Board of Directors is very pleased with Joseph’s decision to take on this exciting role. His proven international track record as a highly successful leader at one of the world’s most respected technology companies will be a great contribution to the Company as we continue to focus the organization on excellence in everything we do,” said Hubertus von Gruenberg, ABB’s Chairman.

“The Board and I would also like to thank Michel Demaré for his many contributions to ABB in this transitional period. We are very pleased with the direction of the Company under Demaré’s guidance,” von Gruenberg said.

“I am honored to become ABB’s CEO,” Hogan said. “I am deeply committed to ABB’s drive to increase energy efficiency and industrial productivity for its customers. I look forward to leading the Company to the next stage of its development and success together with the team at ABB.”

Hogan has a long and distinguished career at GE, spanning 23 years and a wide range of challenging positions. He led GE Medical Systems and then GE Healthcare from November 2000, during which time he grew the business by $11 billion. Prior to this, he served as President and CEO of GE Fanuc Automation North America, Inc., a global supplier of industrial controls systems and a joint venture between GE and FANUC of Japan. Previously, he held a number of key positions in sales, marketing and product development at GE Plastics. Hogan holds a Bachelor of Science degree in Business Administration from Geneva College and an MBA from Robert Morris University, both in the U.S.

ABB is a leader in power and automation technologies that enable utility and industry customers to improve performance while lowering environmental impact. The ABB Group of companies operates in around 100 countries and employs more than 110,000 people.