The United Nations General Assembly has declared 22 March as World Water Day. This day is dedicated to technical projects aiming to improve the drinking water supply of people all over the world. 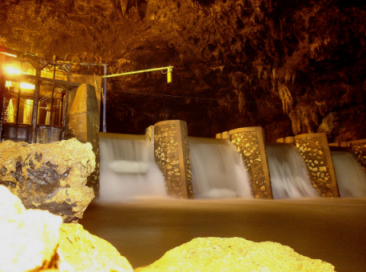 One of these projects concerns a unique water supply system on Indonesia’s Java island, which was designed by scientists at the Karlsruhe Institute of Technology and commissioned in March 2010.

Some of the equipment used for the new supply system funded by the German Ministry of Education and Research was made by Frankenthal-based KSB Aktiengesellschaft. The company supplied combined pump-turbine modules that draw their drive energy from a stream running at a depth of 100 metres below the ground.

Since the rural region has no power grid and diesel-driven pump sets are too expensive to operate, engineers had to come up with an unusual technical solution. They worked out that by damming the stream, enough electricity can be generated to drive the pumps. So, rather than using expensive and high-maintenance turbines, the drive energy is now generated by reverse-running pumps. Via a mechanical coupling they drive several high-pressure pumps which, in turn, transport the water to a tank above.

Depending on the season, the local population of some 75,000 now have more than 50 litres of drinking water per head and day at their disposal. Without the system, they had to make do with just ten litres as they had no access to this source of drinking water which used to flow unused into the Indian Ocean. The self-sufficient system serves as an example for similar projects in other karst regions of the world. In Indonesia, work on a second project of this kind has already started. The next underground water supply system is to be built in the Seropan cave and completed by 2011.