The Future Markets for Oil and Gas Valves, Pumps, Filters, and Monitors

Short Term: The coronavirus impact could be considerably less this year than last. On the other hand with new variants and the potential for countries without adequate vaccinations to continue to infect the rest of the world, the pandemic could continue for years.

Decisions made by OPEC relative to oil pricing will have short term impact. The reaction of shale drilling companies to oil prices of more than $50/bbl will also be significant. They can react cautiously and minimize new drilling activity or they can repeat history and expand to the point that they are again vulnerable in a price downturn.

LNG will continue to play the key role of allowing countries with excess capacity to ship gas to those countries with deficits. The value for countries such as China to gasify coal and distribute it to cities for home heating has been lessened due to the price and availability of natural gas.

On the other hand biomethane will be an increasingly attractive product. A municipal waste treatment plant can secure contracts with local food producers and create methane from a combination of sewage sludge and food waste. Crop refuse and other sources provide a route to revenues as opposed to disposal costs.
Climate change plays both a short term and long term role. Forecasts for oil through 2040 range from 90% of the consumption today down to as low as 20%. The big variable is the willingness of the world to pay the price of ambitious climate change targets.

General Motors announced the switch to all electric vehicles over the next 20 years. The assumption is that the electricity for these vehicles will come from renewable sources such as wind and solar. The problem is that solar storage has a capital cost equivalent to a power plant just for a two day storage capability. Due to the variations in wind and solar availability, longer term peaking needs will still be required. Gas turbine power generation is the likely choice for longer term peaking needs.

Despite rapid growth of renewable electric generation capacity fossil fuels are going to be needed for 33% of the generation in 2050 according to IEA. This generation can come from sources such as hydrogen which in turn can be created as a byproduct or by electrolysis with renewable energy.

The use of pumps, valves, pollution control, and filters for wind and solar is very small as compared to fossil plant power production, oil extraction or refining. One exception is bioenergy with carbon capture and storage (BECCS). This technology results in negative CO2 emissions.

BECCS is part of the long term climate change strategy. 3.3 gigaton per annum (Gtpa) CO2 in 2100 would be removed through BECCS according to the IPCC’s last full Climate Change Assessment. The rationale is that BECCS cost in the future is less than the cost of making reductions now.

The UK is recognizing this favorable balance between short term and long term costs and has embraced BECCS. The 4000 MW Drax station was converted from coal to biomass. So it is CO2 neutral. Eventually CO2 will be captured and stored deep under the North Sea. The potential is huge. If all coal plants switched to BECCS the CO2 in the atmosphere would be reduced by as much each year as those plants added previously.

India and other Asian countries which are presently constructing coal fired power plants can design them to eventually handle biomass. One option is fluid bed combustion which is amenable to a wide range of fuels. BECCS is greener than either solar or wind Debate about coal fired plant construction in many countries should include the two step concept. Use fossil fuels now but make the units convertible to BECCS in the future.

Another reason to consider the two step approach is the lack of 100% certainty on the causes of global warming. If the main cause is a change in solar activity rather than CO2 in the atmosphere and this is determined in the coming decades then the funds will be better spent on dealing with the results rather than the cause. Even if this is a 1% possibility it should be considered.

The McIlvaine Company has seen major changes in climate theory over the decades. Bob McIlvaine under an EPA contract testified before Senate sub-committees on the low cost of solving the acid rain problem compared to the projected destruction of the forests. It was not clearly understood at the time that the real problem with SO2 was its formation of small particles in the atmosphere and the damage to lungs not trees.

The various McIlvaine market reports on pumps, valves, pollution control, filters, separators and instrumentation have been revised to reflect this latest oil and gas analysis. 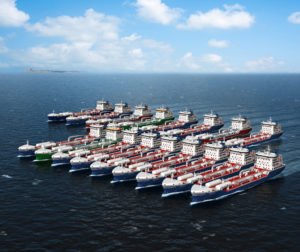 Marine pump specialist Svanehøj marks the end of a remarkable 2022 with a significant order of 98 electric cargo pumps for seven LNG-/LBG-fueled chemical & product tankers. The client is the joint venture-company FureBear. 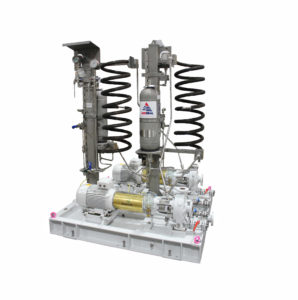 Amarinth has delivered an order to Norway’s process engineering business Kanfa for API 610 OH1 pumps for a second oil train on the FPSO operating in the Karish field, off Israel.

Samotics is starting the roll out of edge analytics for remote and offshore customers. By performing analytics on the edge, Samotics’ SAM4 Health solution benefits from reduced bandwidth requirements to process and transfer data, which makes it easily accessible in remote and offshore locations. 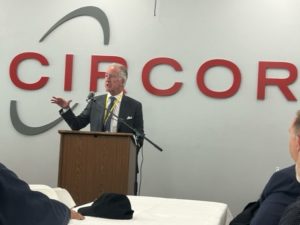 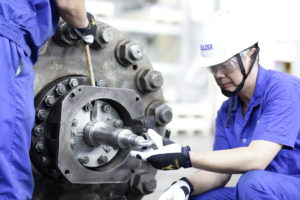 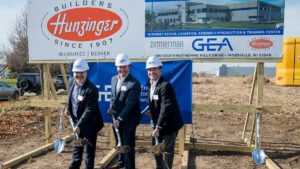