The higher volumes, together with a more efficient cost structure resulted in an increase of operational profit (opEBITA) to CHF 322.2 million, up by 18.1% organically and by 26.7% including acquisitions. Profitability (opROSA) grew to 9.5% from 8.4% in the previous year. Free cash flow grew by CHF 47 million to CHF 173.9 million on higher operating income.

Order intake in the Pumps Equipment division jumped up by 16.5%, of which 8.6% from organic growth and 7.9% from acquisitions. Organicgrowth was prevalent in all segments except power, particularly in oil and gas. In the Rotating Equipment Services division, order intake grew by 7.6%, of which 5.8% was organic. Organic growth was boosted by a rebound in the pump service business, which more than made up for the impact of a soft power market in turbo services. Order intake in the Chemtech division grew by 20.5% organically, supported by strong growth across all regions. In the Applicator Systems division, orders increased by 4.2% as a result of the acquisitions of Transcodent and Medmix. However, they remained flat organically, with a 5.4% decline in Beauty offsetting equivalent growth in all the other segments. Beauty was impacted when a major customer switched to a new-generation product, generating a volume gap in 2018.

Geographically, Sulzer grew in the Americas, Europe, the Middle East and Africa, while remaining stable in Asia-Pacific.

Sales amounted to CHF 3’404.5 million in 2018, an increase of 11.9%. This increase was driven by strong organic growth of 7.8% on the back of a higher order backlog entering the year, solid order intake during the year and CHF 126.9 million of acquisition-related sales. Negative currency translation effects totaled CHF 8.3 million.

In 2018, sales grew in all market segments. The most significant increase was recorded in the water segment. It was driven both by organic growth and the JWC acquisition, as well as in the oil and gas segment, and benefitted from an active market and a higher opening backlog. Sales in the power segment grew from the acquisition of Rotec and Brithinee, offsetting a slight organic decline. The industry segment recorded higher sales from both organic growth and acquisitions.

Geographically, sales grew across all regions and particularly in Asia-Pacific. The share of sales in emerging markets increased from 41% in 2017 to 44% in 2018.

Operational EBITA (opEBITA) came to CHF 322.2 million compared with CHF 255.4 million in 2017, an increase of 26.7%. Higher sales, savings of CHF 45 million achieved from SFP and the contribution from acquisitions more than offset the negative margin and mix impact. Operational EBITA margin (opROSA) increased to 9.5% from 8.4% in 2017.

EBIT amounted to CHF 183.6 million, an increase of 34.5% compared with CHF 136.5 million in 2017. Return on sales (ROS) was 5.4% compared with 4.5% in 2017. Acquisitions resulted in amortizations that were CHF 15 million higher in 2018 than in the year before and non-operational items, restructuring expenses and impairments together increased by CHF 4 million. Non-operational items include SFP costs and acquisition and sanction-related expenses. They also include two largely offsetting entries, a CHF 30.1 million charge for the discontinued “Extended Scope” activity formerly part of Tower Field Services, and a CHF 28.5 million profit from the sale of unquoted real-estate equity instruments, which had previously been measured at cost.

Free cash flow came to CHF 173.9 million compared with CHF 127.0 million the year before. This was driven by the higher cash flow from operating activities. Capital expenditures were approximately CHF 15 million higher than in the previous year, while net working capital remained stable despite the growth.

A year of achievements

After a good start in the year with record order intake in Q1, Sulzer was impacted by the sanctions imposed by the US on Renova in early April. The situation was resolved within three working days through the purchase by Sulzer of five million shares from its then majority shareholder Renova. Sulzer placed these shares with international investors in September, thus increasing the free float to 51.2% and realizing a capital gain of around CHF 15 million.

Over the summer, Sulzer further optimized its financing mix and took advantage of favorable market conditions. Between June and September, the company issued four bonds with staggered maturities for a total of CHF 860 million.

Sulzer closed the year with the gold certificate at the Swiss Digital Economy Awards for BLUE BOX, an advanced analytics platform for pumps. BLUE BOX uses machine learning and the Internet of Things for the predictive maintenance and performance optimization of customer assets.

Sulzer expects the positive momentum in the oil and gas market to continue in 2019. All other markets are also expected to grow, with the continued exception of power. Sulzer’s early indicators do not show signs of an impending slowdown of the economy in our major markets. The company, therefore, expects to continue its trend of organic growth and improved profitability.

Sulzer has delivered cumulative SFP savings to date of CHF 230 million and is increasing its target by CHF 10 million, which will be achieved in 2019.

Changes to the Board of Directors and the Executive Committee

Jill Lee, who had been a Sulzer Board member for seven years and the Chair of the Audit Committee, joined the Executive Committee of Sulzer as Chief Financial Officer as of April 5, 2018. Frédéric Lalanne, the former Chief Commercial and Marketing Officer, was appointed President of the Pumps Equipment division at the end of the year. He replaced Michael Streicher, who took the helm of the water business, reporting to Frédéric. Sulzer thus reduced the size of its Executive Committee to six members.

The Board of Directors welcomed two new members at the Annual General Meeting of April 4, 2018: Hanne Birgitte Breinbjerg Sørensen and Lukas Braunschweiler. They replaced Jill Lee and Thomas Glanzmann, who did not stand for reelection. Renova reduced its Board representation to two representatives as of May 28, 2018, through the resignation of Axel Heitmann. He was not replaced, and Sulzer’s Board of Directors is now composed of seven members.

Proposals by the Board of Directors at the Annual General Meeting 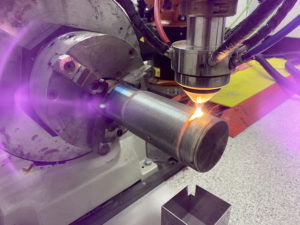