In April this year, the KSB Group received an order worth one and half million US dollars for the supply of five giant submersible pumps to be installed in the largest waste water treatment plant on the Caribbean island of Puerto Rico. 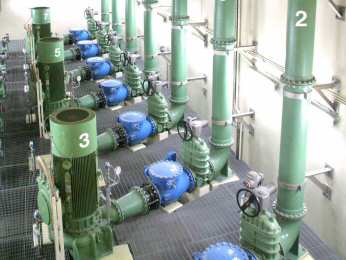 KRTBK submersible motor pumps like these will be installed in the ”Puerto Nuevo Plant” pumping station.

Each of the new, dry-installed KRT submersible motor pumps weighs over nine tons and is driven by a 335 kW, 4160 volt motor. The units' individual flow rate is 2208 litres per second (35000 gpm). Used as main influent pumps, the units deliver raw waste water from the sewer system into the treatment plant. They will replace existing pumps that have suffered damage from being flooded over time during large storms and hurricanes. In response to the increasing risk of storm damage, a local consortium started in 2006 to redesign the pump station of the ”Puerto Nuevo Plant” to ensure its functional availability even when it is flooded.

The waste water treatment plant services the City of San Juan and the northern part of the island of Puerto Rico. Although competition was strong, the deciding factor in the bid evaluation and the subsequent award of contract was KSB’s demonstrable successful experience with medium voltage submersibles in the US marketplace. Delivery is planned to take place in November 2007. 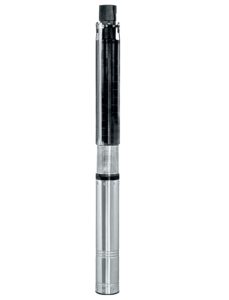