The Swedish ozone generator supplier, Primozone, has been awarded funding of a project for removal of pharmaceutical residue from waste water. The project has been funded by Tillväxtverket – the Swedish agency for economical and regional growth.

Primozone has received funding to build a mobile pilot scale ozone system for removal of pharmaceutical residue. The aim is to be able to prove the concept on existing waste water treatment plants and to test and confirm the system design on different water flows and environmental conditions.

“We are happy to have received funding for this project”, says Arash Golshenas, Head of R&D at Primozone. “Being able to prove concepts on site is important. This means that we can recommend our clients the best possible solution based on a pilot installed at their own site. With a correctly designed system we can see that ozone will remove almost all of the residual”.

Pharmaceutical residue in wastewater is a known problem

The prevalence of pharmaceutical residue in waste water has been known for more than a decade and many different studies have been conducted to find out its influence on the environment. So far not much has been done to remove this residue but political action is starting to give results.

Existing wastewater treatment plants are not equipped to remove pharmaceutical residue. But although the technique is available it seems that political action is needed to get the process started.

Sweden is at the forefront when it comes to research into how to reduce the amount of pharmaceutical residue in wastewater; several waste water treatment plants have identified the problem and many Swedish universities are conducting studies of the residues effect on the environment.

“We see this funding as recognition of our technology and knowledge in the area”, says Anders Schening, CEO at Primozone. “It is also a chance for Primozone to grow - the potential market for removing pharmaceutical residue is huge and when the legal requirements are in place we will have an efficient solution ready. Our aim is to have a world leading position in this market”.

Ozone is an economically viable solution

Pharmaceutical residue is hard to break down; they are constructed to be stable by nature. Consequently there are only two technologies that seem to work for removal of pharmaceutical residue, where ozone is one of the technologies. Ozone works well because it is a selective oxidant that primarily attacks electron rich structures in molecules, such as double bonds.

Ozone is also the most sustainable technology both in terms of economy and environmental friendliness.

“According to our calculations removal of pharmaceutical residue with ozone can be done at a surprisingly low cost per m3 water treated”, says Anders Schening, CEO at Primozone. “Unlike other technologies ozone treatment leaves no residue or byproducts that need further treatment – ozone is produced by oxygen and will revert to oxygen again after it has reacted”. 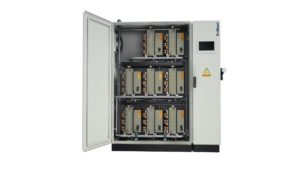 Ozone is the strongest oxidising agent for use in water treatment. It reliably eliminates impurities and isn’t just highly effective, but also environmentally-friendly. Significantly fewer environmentally harmful by-products result from use than with comparable technologies.