Recently installed at Frank Mohn Piping’s manufacturing facilities in Frekhaug, Norway, the custom pipe bender is one of the most powerful all-electric machines that Unison has delivered to date. Based on Unison’s Breeze platform, it can accommodate tubes and pipes up to 180 mm (7 inches) in diameter. The machine’s exceptionally high torque capability, combined with precision CNC control and force sensing clamp and pressure dies, means that thick walled pipes made from hard materials can be bent easily, and very accurately without deformation. Parts manufactured from duplex stainless steel are a typical example – the machine is capable of bending 130 mm diameter pipes that have a wall thickness of up to 11 mm.

Frank Mohn Piping (FMP) manufactures hydraulic pipes that are used in the well-known ‘Framo’ brand of submerged pumping systems for shipping, offshore and underground applications. It also produces a diverse range of hydraulic pipes for the floating production, storage and offloading (FPSO) vessels that are used in the offshore oil and gas industry.

In this particular case, FMP sought a bending solution that could accommodate a range of fabrication materials and wall thicknesses for the production of large diameter pipes, as well as addressing a particular manufacturing issue involving 131 mm and 156 mm diameter thin-walled stainless steel pipes. The company has been using two hydraulic CNC bending machines to produce these pipes, but with one of them it was proving extremely difficult to fabricate tight bends without wrinkles, despite the use of a mandrel, because there was insufficient control resolution over the rotary-draw bending process. Although the other machine was capable of handling the bending tasks, it was relatively old and FMP was concerned that sourcing obsolescent components was becoming time-consuming and threatening to cause production bottlenecks.

According to Helge Kolas, Production Manager of Frank Mohn Piping, “This is our first all-electric bending machine. The technology has a number of important advantages over hydraulics, including faster setup, better process accuracy and repeatability, and much higher energy efficiency. After thoroughly researching the market we chose a Unison machine because the company has a long history of producing all-electric benders that are consistently ahead of the competition, and was prepared to work with us to create a custom machine that met our needs exactly.”

The machine supplied to FMP is a single-stack, right-hand bend model, equipped with Unison’s innovative laser springback system – which facilitates right-first-time manufacturing by automatically compensating for the tendency of tubular parts to spring back slightly after being bent. The bending head is designed for exceptional rigidity to accommodate large, heavy pipe assemblies and to allow fully automated movement of the pipe in all working planes. Despite their very large physical size, the tools are designed for quick changeover, using a special set of mounting plates that are moved by an overhead gantry crane. Many of the pipes that FMP manufactures are unique to each application and are produced in very small batch sizes that range from 1 to 50; tool changeover time, as well as machine setup time, is therefore a key issue and the company now handles this in about 20 minutes.

Every pipe that has been bent on the Unison machine in its first six weeks of operation has been to specification. As Helge Kolas points out, “Process repeatability is excellent – the machine has performed flawlessly since the day it was installed and there are no signs of any wrinkles! The bend accuracy and ovality of parts are also much better than those we produced on our hydraulic benders.”

Although FMP has not yet had occasion to bend thick-walled pipes or to use the Unison machine’s laser springback feature, the company is about to embark on a project where these capabilities will be essential. An ideal manufacturing sequence is to cut a pipe to length, weld connection flanges to either end and then bend it to the required shape. However the limited bending accuracy of its hydraulic machines has meant that until now FMP could not guarantee the precise end-to-end length of a bent part when it came off a bending machine. Each pipe therefore had to be cut slightly oversize, with only one flange welded prior to bending, after which it would again be measured and have its non-flange end cut to length, before the second flange was welded on.

By capitalising on the improved bending accuracy and repeatability of the Unison all-electric machine to secure an end-to-end bent part accuracy of just a few millimetres, FMP plans to improve the process flow of its manufacturing facility by eliminating unnecessary steps. Both connection flanges will be welded to a cut-to-length pipe – requiring only a single pass through a robotic welding station – before the complete pre-assembled part is presented to the tube bender. The bent part will then immediately be ready for final inspection and despatch. This highly efficient ‘straight-through’ manufacturing path is set to realise significant productivity gains and eliminate expensive scrap.

Commenting on the delivery, Unison’s Key Account Manager, Steve Haddrell said: “Framo submerged pumping systems are renowned for their quality and we are delighted that FMP has chosen to partner with Unison as it embraces all-electric tube bending technology. There is a growing industry awareness that our all-electric platform is fully scalable and that we can produce machines for bending extremely large tubes and pipes. Regardless of their size, our all-electric machines offer faster, fully automated set-up and more accurate and repeatable results than their hydraulic counterparts, making them ideal for precision ‘right first time’ manufacturing.”

Unison has more than 20 years of experience in designing tube and pipe bending solutions for customers’ specific fabrication problems and is widely regarded as an industry innovator. Its standard range of all-electric machines currently spans tube and pipe sizes from 16 to 175 mm (5/8 to 7 inches) with an increasing number of custom models extending this capability even further. The company is now seeing significant interest from markets that have traditionally been the preserve of hydraulic bending machine manufacturers, such as suppliers to the shipbuilding, offshore and subsea equipment, power generation and industrial process industries. 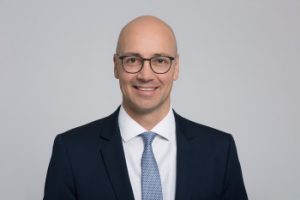 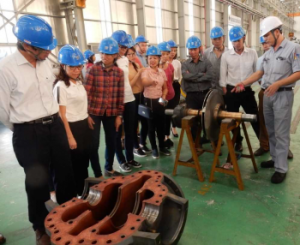