"Accelerated sales growth combined with the benefits of ongoing execution of our Win StrategyTM initiatives, contributed to another strong quarter for Parker across many measures," said Chairman and Chief Executive Officer, Tom Williams. "While sales growth included the CLARCOR acquisition, we were particularly pleased that organic sales increased 6 percent. We drove meaningful year-over-year adjusted segment operating margin improvement of 140 basis points with total segment operating margins reaching 16.1 percent. With the completion of the CLARCOR acquisition, we are well underway with the integration of our two great filtration businesses designed to achieve significant synergies. We were also pleased at Parker s ability to be a consistent generator of cash with strong year-to-date operating cash flow performance."

Parker reported the following orders for the quarter ending March 31, 2017, compared with the same quarter a year ago:

For the fiscal year ending June 30, 2017, the company has increased guidance for earnings from continuing operations to the range of $6.90 to $7.20 per share, or $7.70 to $8.00 per share on an adjusted basis. Fiscal year 2017 guidance is adjusted for expected business realignment expenses of approximately $0.25 per share and acquisition related expenses of approximately $0.55 per share. Full fiscal year 2017 earnings guidance has been updated to include acquisitions.

Williams added, "Our results reflect the hard work of Parker team members in executing the Win Strategy as we continue with actions targeted at achieving top quartile financial performance among our peer companies. In addition, we see broad based improvements in many end markets and regions, which is reflected in our strong order growth in the third quarter." 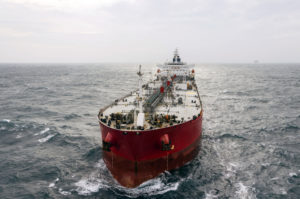 Following a successful delivery of deepwell pump systems for six VLECs, Samsung Heavy Industries and Hyundai Heavy Industries have signed Svanehøj as the pump supplier for an additional four vessels.