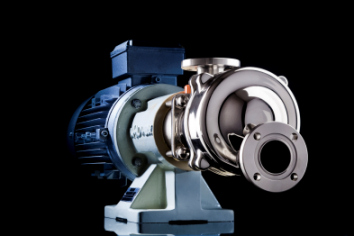 The volumetric performance of the new SLC-Series pumps—unlike gear and lobe pumps that lose efficiency as they wear—sustains high efficiency levels over time, resulting in productivity gains and energy savings.

Used in multiple fluid-handling applications within the chemical processing and distribution industries, the new Mouvex SLC-Series eccentric disc pump is unlike any other pump technology in the world. Capable of delivering high-volume efficiency while completely maintaining its gentle fluid-handling nature, the new SLC-Series is used to move a wide variety of products and materials.

The Mouvex SLC-Series pumps are designed to self-compensate for mechanical wear and maintain consistent flow over time. Other SLC-Series eccentric disc pump design benefits include seal-less construction; low shear and agitation of the pumped product; the capability of handling solids and abrasives; self-priming; line stripping; the ability to run dry for up to five minutes; and clean-in-place (CIP) capability. The eccentric disc technology produces the pumping performance of a positive displacement pump, creating a constant flow that is independent of both pressure and viscosity.

New SLC-Series pumps are ideal for handling thin, abrasive, aggressive and higher viscosity fluids. With their stainless-steel construction and high volumetric efficiency, they are tailor-made for chemical transfer applications. The pump line is available in stainless steel and ductile iron models capable of handling up to 10,000 cst (46,000 SSU) liquids and working pressures up to 130 psi (9 bar), depending on model.