It is always satisfying for a pump manufacturer to learn that its products have lived up to expectations after many years operation. For KSB Pumps Inc., Canada, this was the scenario when the City of Montreal approached them in 2013 to submit a tender for an additional pump set in order to expand its Charles-J.-Des Baillets drinking water production plant where five KSB ME type pumps had been operating since 1978. 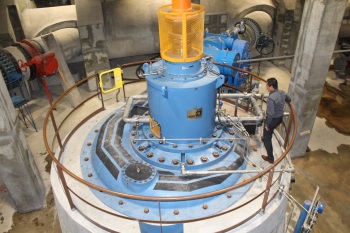 The City of Montreal operates six water treatment plants, with two major ones, namely Charles-J.-Des Baillets and Atwater, both of which supply potable water to seven subterranean reservoirs and associated pumping stations throughout Montreal island and its outlying districts. Charles-J. -Des Baillets is the second largest plant in Montreal and among the largest in Canada having a production capacity of 1.136 million cubic meters of water per day. This accounts for 38% of the total production capacity of the city of Montreal.

Delivering over one million cubic metres of potable water every day, the Charles-J.-Des Baillets plant is fed by a large underground reservoir at the station. The water comes from the St Lawrence River and prior to entering the potable water reservoir it is purified by a combination of filtration, ozonisation, ultraviolet (UV) water treatment and finally chlorination. Three pumpsets are dedicated to one line supplying the Atwater piping network, with the remaining units supplying a large reservoir located in the city’s boroughs. Should it be necessary to shut down either the Charles-J- Des Baillets plant or the Atwater plant, water can be diverted to and from either plant to ensure that water levels in all seven reservoirs are maintained at optimum capacity.

Through the years, the city’s population has increased substantially and today the water department supplies approximately two million residents. Both production plants are interconnected via sizeable piping, so that in the unlikely event of one plant going down, water can still be supplied to the reservoirs.

The Charles-J.-Des Baillets plant was originally designed to accommodate nine high capacity pumps. However, only five pumps were installed initially, these being the KSB ME pumps. Later, in 1990 the plant’s output capacity was increased with the introduction of another manufacturer’s pump. Although the plant was built to accommodate nine pumps, the water treatment facilities at this location can only support a maximum of seven pumps. Therefore, based on their satisfaction with the original five large capacity pumps, the City of Montreal requested KSB to submit a tender for another pump of the same design and capability. The only difficulty was that after such a long interval, the original water transport pumps were no longer being manufactured. However, this did not discourage KSB, as they came up with a plan that involved making an updated replica; a proposal that succeeded in awarding KSB the order after a rigorous and intensive bid evaluation process.

Constructed in accordance with the customer’s specifications, the KSB MEF pump is a vertical split-case, single stage pump, and is an updated replica of the original pumps supplied by KSB in 1975. The footprint and layout of the new pump resembles its older counterparts, but up-to-date seals and optimized hydraulic elements enhance its reliability and improve operating efficiency. Duplicating the older pump configuration simplified the installation of the new unit in the Charles-J.-Des Baillets high-pressure pump gallery.

Having secured the contract, KSB was quick to react, with the new MEF pump being shipped from KSB’s factory in Brazil later in 2013. Manufactured in Brazil, the 38 ton pump has an impeller diameter of 1,905mm. With a drive shaft measuring 5 metres in length and operating at a fixed speed of 400 rpm, it delivers 4.2m³ (100%) per second at a head of 67m. Initially planned to be used as a back-up unit, the pump also operates in parallel with the existing large-capacity pumps. Due to its size, the pump had to be disassembled for shipment and reassembled on site.

In April 2015 work commenced on the assembly and installation of the pump at the Charles-J.-Des Baillets water filtration plant under the supervision of KSB. Between May 2015 and April 2016, installation of the 5,500 HP synchronous motor and line shaft was performed by the mechanical contractor under the supervision of KSB. The next phase was the commissioning and configuration of the control panels and auxiliary electrical components. This was undertaken between April 2016 and September 2017, with performance and acceptance tests of the pump conducted in October 2017.

The hydraulic acceptance tests were performed on the new pump unit with the scope of the tests being to verify the contractual efficiency guarantee point of 87% at 4.2 m³/s. Summarizing the key results, at the rated flow (4.2 m³/s), the pump efficiency was 90.4%; 3.4% greater than the guarantee efficiency of 87%. The results show that the performance of the new pump fulfilled the contractual guaranty obligations.

Installing the new pump set was not without its challenges, given that the area allocated to the pump was between two existing units and involved a three storey, open high-pressure pump gallery and the excavation of foundations to accommodate the water intake pipework and pump volute. The pump gallery is constructed on three storeys; the motors and the control panels are mounted on the upper floor where they are protected from flooding and the pumps directly below (three storeys) on the bottom level. A 5 metre long drive shaft from the 5,500 HP motor on the upper floor couples to the pump below. Because the new pump has the same hydraulic configuration as its older counterparts, it has been installed alongside them in exactly the same arrangement.

KSB engineers played a significant role in overseeing the installation and commissioning of the new pump. The installation process was somewhat complicated due to the ingress of water from the adjacent underground supply reservoir. Each pump intake is secured by two sets of stop logs, as compared to large gate valves. Therefore, a serious problem exists with water infiltration into each intake chamber in which the pumps are mounted. As a result, it was necessary for the safety of the engineers and the construction personnel to continually pump water from the foundations during the construction of the intake chamber of the new pump.

According to the engineer from the city of Montreal’s water department, the addition of the new pump provides more redundancy to the system. Under normal operating conditions, two or three of the pumps operate each morning according to the demand placed on the water supply system. During the day, demand fluctuates as does the number of pumps operating, and as such the pumps are used at night to replenish water in the city’s reservoirs.

The department was motivated to stay with KSB as the pumps had performed very well over the previous 36 years. Over the years since the original five KSB pumps have been operating, the city’s water department has not experienced any significant problems. “When the pumps were first installed they were over performing, thus increasing the load on the motors,” reports the city’s engineer. “This issue was easily resolved by trimming the impellers and since then, there have not been any issues. The pumps have delivered the expected performance. The pumps have been easy to service, and the importance given to scheduled maintenance has been a contributing factor in the long service,” he continues. “Because we know in advance when there is going to be a requisite for spare or replacement parts, there is no need for us to hold any major components. With advance planning, KSB is able to fulfil our requirements.”

With the installation and commissioning of the new pump, the Charles-J.-Des Baillets plant is now able to operate to its optimum design capability and with full redundancy in the system for the first time in forty years. 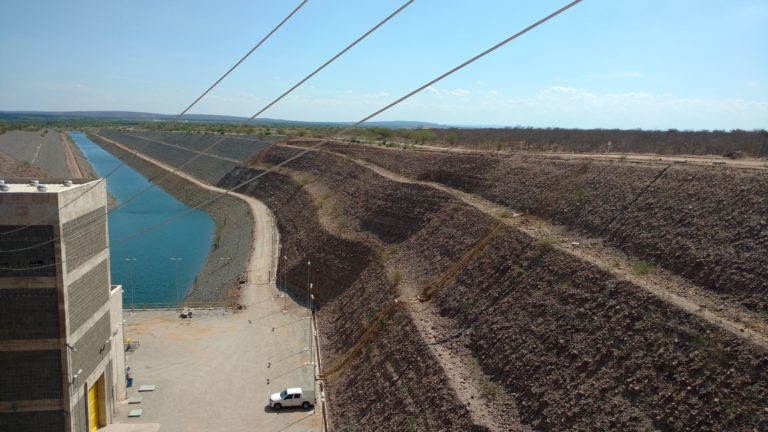