The markets for products and services to treat and purify water and fluids are growing at nearly twice the world s GDP growth rate. Some major segments will generate revenues this year of $224 billion. This is the conclusion reached in Air/Gas/Water/Fluid Treatment and Control: World Market published by the McIlvaine Company. 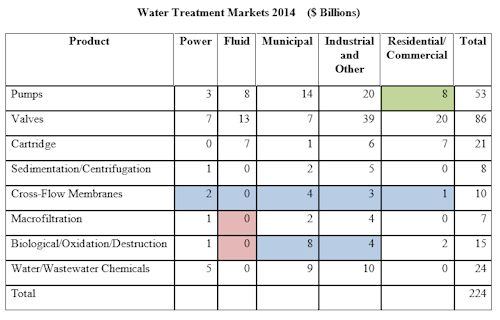 The water produced by oil drilling amounts to 360 million gallons per day (mgd). This is several orders of magnitude bigger than the WFI market and represents the equivalent of 2 percent of the world s 16,700 mgd desalination capacity.