EVAC in Schijndel (the Netherlands) and the Chinese producer SSG (Shandong Shuanglun Co. Ltd.) agreed the exclusive import of their products in the Netherlands, Belgium and Luxemburg. 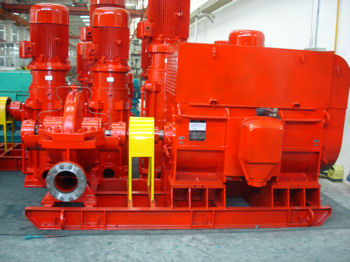 The program provides different kinds of liquid pumps with flows up to 23,000 m3/h and discharge heads of maximum 2,000 meters, roots blowers up to 7,320 m3/h and liquid ring vacuum pumps and compressors up to 31,000 m3/h for different industrial sectors: petrochemical plants, mining, agriculture, fire fighting stations, power plants et cetera. There is wide choice of drivers, among which diesel engines.

SSG was founded in 1952 and now employs 1300 people, of which 150 highly skilled engineers, and is considered as one of the major pump producers in China. SSG has the disposal of three production lines (partly computerized), open and closed test stations and an engineering department. The production amounts 50,000 pumps per annum and the production facilities span an area of 450,000 m2. Models are available with several test standards and certificates, e.g. GB/T 19001:2008, ISO 9001:2008 and API. SSG has joint ventures with a number of major pump manufacturers in Europe. 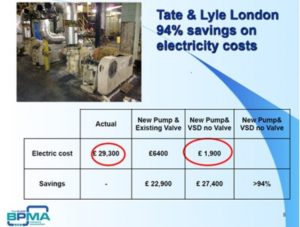 What’s at stake? Liquid pumps and related equipment are the single largest user of electricity in industrial and commercial applications. In the UK this amounts to 45TWh annually which is equivalent to the annual electricity use of 12 million homes.

Two more companies have signed up to join the British Pump Manufacturers Association (BPMA) – the organisation which represents the business interests of UK and Irish suppliers of liquid pumps and related pumping equipment across the domestic and international arena.

The British Pump Manufacturers Association (BPMA) which represents the business interests of UK and Irish suppliers of liquid pumps and related pumping equipment on both the domestic and international stage, reports continued growth in its membership numbers, with another three companies recently joining the organisation.

The British Pump Manufacturers Association (BPMA) has signed up two new members recently, which it attributes to nothing more that its consistent and ongoing commitment to fully represent the business interests of UK and Irish suppliers of liquid pumps and pumping equipment on both the domestic and international stage.