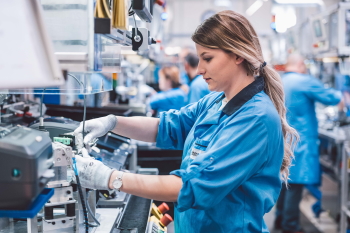 Stefan Brandl, CEO of the ebm-papst Group: “We can look back on yet another successful year of growth where we managed to pronouncedly exceed many of our targets.” The reasons behind this achievement sees Brandl in the consistent push for internationalization via “local for local” activities and the successful implementation of the corporate “one ebm-papst” strategy.

“Started two years ago, “one ebm-papst” allows us to position ourselves for a sustainable and prosperous future, at the same building a structure which is suitable for and corresponding to our company size. Currently, we are working on about 20 reorganization projects targeting all locations and departments, from Sales to Purchasing and R&D. This is to safeguard jobs now and in future and to do business at a highly competitive level”, explains the ebm-papst CEO.

For the present fiscal year, the technology leader plans a moderate 1.6 percent sales growth to € 2.217 billion.

In total investments, Group planning amounts to about €196.7 million (+49.2% on previous year). In the next few months, ebm-papst will open its third production site in China, this time in Xian, and their second American production site will open in Johnson City, Tennessee. As far as R & D is concerned, the technology leader plans to invest about € 114.7 million to focus and further boost aerodynamics, acoustics, digitalization, and material innovation.

Regions and divisions: ebm-papst is growing in all markets
Despite a difficult market climate, with political instabilities such as the tariff war between the USA and China, looming Brexit or Russian sanctions and the continuous material shortage particularly with electronics components, the ebm-papst Group managed to achieve strong growth in all their business divisions and throughout all four regions (Germany, Europe, Asia, USA) and sustainably increased their market share.

The focus was on digitalization, aerodynamic and acoustics, energy-efficient product concepts and pushing electronics and system capabilities. In the fiscal year, ebm-papst plans to implement a development platform in China, among other things, and projects involving IoT (Internet of Things), investing a total of €114.7 million (+ 6.3%) in R & D.

In the current year, ebm-papst is going to significantly increase investments by 49.1 percent to € 196.7 million. Of particular note are the investments abroad which, at € 94.5 million will almost be doubled, with the new production sites in Xian (China) and Johnson City (USA) their main focus. In Germany, this fall will see the start of construction work on the new technology center for R & D in Mulfingen.

Training opportunities at constant high
ebm-papst still recruits the key part of their specialists and skilled workers from their pool of trainees and students. On 31 March 2019, there were 363 trainees, apprentices and dual students (-2,2%; previous year: 371) with ebm-papst. From these, there were 204 in Mulfingen (previous year: 203), 37 in Landshut (previous year: 43), 97 in St. Georgen, including Herbolzheim and Lauf, (previous year: 95) and 25 outside Germany (previous year: 30).

ebm-papst St. Georgen managed to overcome their difficult challenges in the automotive segment and, after painful restructuring, is now back on track and set for successful growth. In terms of sales growth, the subsidiary in the Black Forest with sites in St. Georgen, Herbolzheim (Automotive) and Lauf (Drives) grew by 12.7 percent to € 501 million (previous year: € 445 million) and, at the end of fiscal year, has a staff of 1,776 (previous year: 1,936 / -8.3%). 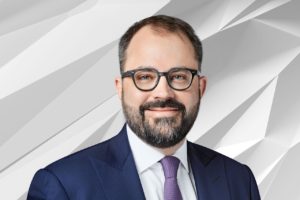 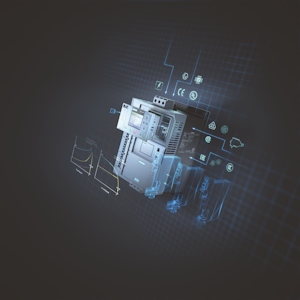 Siemens is extending the range of sizes and communication flexibility of the innovative Sirius 3RW5 soft starters. The new size 5 range of the 3RW55 provides a soft start for motors with an output of up to 1200 kilowatts.