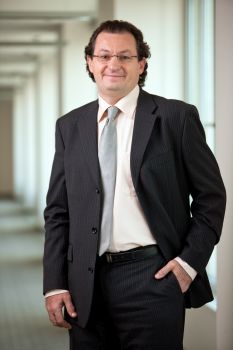 The Brussels based association represents in the European Union the interests of nearly all EU refiners and actively contributes to the development of EU policies.

Based on the vote which has recently taken place among the members of the European Petroleum Refiners Association, Dr. Béla Kelemen became President of the Association for the next two-year term. Béla Kelemen currently holds the position of Vice-President of the Center of Business Excellence at MOL Group and is in charge of process and performance improvement across the entire asset portfolio of the company. He has a broad experience in the refining industry gained both at MOL Group and in other companies.

FuelsEurope (formerly EUROPIA), which is a division of of the European Petroleum Refiners Association, represents in the EU institutions the interest of 40 companies operating refineries in the European Union, including such companies as Shell, Exxon Mobil, Total and BP. Members account for almost 100% of EU petroleum refining capacity and 75% of EU fuel sales. FuelsEurope aims to promote economically and environmentally sustainable refining, supply and use of petroleum products in the EU, by providing expert advice to EU Institutions, governments and the wider community.

The appointment of Béla Kelemen as president of an institution which actively contributes to the development of EU policies will further strengthen MOL Group’s reputation and visibility in the European refining industry. Since the founding of the association in 1989, it is the first time that the top position has been given to a representative of a Central and Eastern European company.

Béla Kelemen commented “I am honored by this appointment, and I will endeavour to represent this industry in the best way with all stakeholders, and support our Secretariat in Brussels”.

Director General John Cooper added: “We are delighted to welcome Béla as our new President, his long standing participation in the association as Board member for MOL and his outstanding knowledge of our industry are two key assets for our organisation”.