Gardner Denver, Inc. reported that it has completed its previously announced acquisition of Thomas Industries Inc. ("Thomas"). Total cash consideration for the outstanding shares and share equivalents of Thomas amounted to $734.2 million. The net transaction value, including the assumption of $8.7 million of long term debt and net of $262.8 million of cash acquired, was approximately $480.1 million.

Gardner Denver had previously announced the completion of its financings in connection with the Thomas acquisition. These included the public offering of 5,658,000 shares of Gardner Denver's common stock at $37.00 per share and a private placement of $125 million aggregate principal amount of 8% Senior Subordinated Notes due 2013. Both of these financings were completed in early May 2005 and are expected to reduce the Company's diluted earnings per share (DEPS) by approximately $0.09 in the second quarter.

Additionally, the dilutive effect of the May 2005 equity offering on the results of the Company's businesses that existed prior to the Thomas acquisition is expected to reduce DEPS by approximately $0.27 to $0.29 in the second half of 2005 based on our previously existing earnings expectations. In addition, the Company has amended and restated its existing credit agreement with a syndicate of commercial banks to provide for a new $380 million five-year senior secured term loan to replace the existing $144 million term loan. The new term loan will be funded simultaneously with the completion of the Thomas acquisition. Based on the current three-month LIBOR interest rate, the initial interest rate on the new term loan will be approximately 5.25%.

Thomas, a worldwide leader in the design, manufacture and marketing of precision engineered pumps and compressors, reported net sales and operating income for the three months ended March 31, 2005 of $110.0 million and $9.0 million, respectively. Operating income for the three-month period of 2005 included depreciation and amortization of $4.6 million and $1.6 million for legal and professional fees related to this transaction. As a result of certain non-recurring and non-cash adjustments required under accounting principles generally accepted in the U.S. (primarily the adjustment of inventory to fair value) and incremental depreciation and amortization, the addition of Thomas is expected to reduce Gardner Denver's third quarter 2005 DEPS by $0.06 to $0.08.

In the fourth quarter, however, Thomas is expected to be accretive to DEPS by $0.06 to $0.08. These expectations include incremental interest expense on the acquisition related debt financing and reflect a 30% effective tax rate on the combined businesses. The Thomas acquisition, including the impact of some slight upward pressure on the 2006 combined effective tax rate, is expected to be accretive to net income in 2006.

Gardner Denver, with 2004 revenues of $740 million ($1,306 million on a pro forma basis including the acquisition of Nash Elmo, which was completed in September 2004, and Thomas Industries), is a leading worldwide manufacturer of reciprocating, rotary and vane compressors, liquid ring pumps and blowers for various industrial and transportation applications, pumps used in the petroleum and industrial markets, and other fluid transfer equipment serving chemical, petroleum, and food industries. 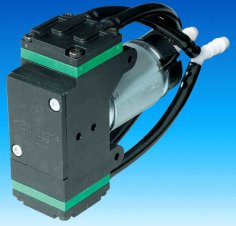 Rietschle Thomas Puchheim (Germany) is now launching the new JADE diaphragm pump series which is ideally suited for medical, air sampling and many other applications. The pump is very efficient with a low power consumption, runs very quietly and has very little vibration. 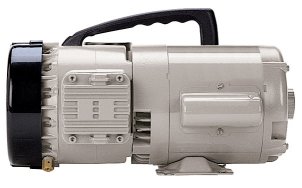 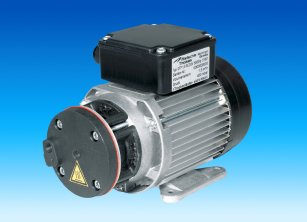 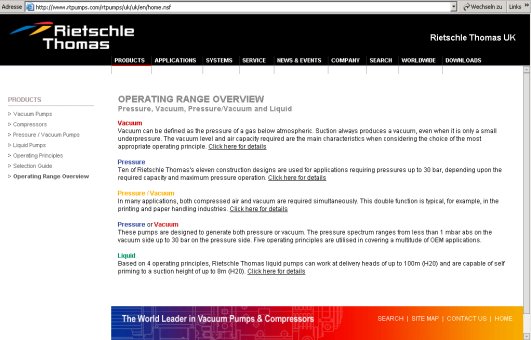 www.rtpumps.com is the domain of the completely new website from Rietschle Thomas. From this address you are directed to the single websites of the group companies and factories. At the centre of the website is the common central product database that offers up to date information about all the Rietschle Thomas products. 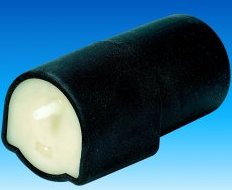