HVDC technology stabilizes power supplies, increases trading capacity. ABB, the leading power and automation technology group, has won its biggest cable order ever for a high-voltage connection between the power grids of the United Kingdom and the Netherlands. 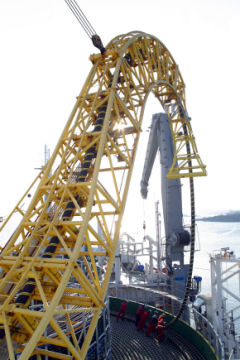 The $350 million contract was awarded by National Grid in the U.K and state-owned TenneT in the Netherlands. The 260-kilometer BritNed link will allow energy trading between the two countries and increase the reliability of electricity supplies to both. “BritNed is another step towards an integrated electricity network for Europe,” said Peter Leupp, head of ABB’s Power Systems division. “We are proud to demonstrate once again that we have the technologies needed to modernize the European grid, stabilizing supplies and increasing capacity.”

Under the terms of the contract, ABB will supply the underwater and underground cables for the high-voltage direct current (HVDC) link. The system will have a total capacity of 1,000 megawatts (MW) and will be commissioned in 2010. HVDC technology is used to transport electrical power over long distances with low losses using underground or submarine cables. Power flow can be exactly controlled and the technology also prevents disturbances from spreading, making a significant contribution to the stability of the European grid. ABB pioneered the technology in the 1950s, when the company built the world’s first commercial HVDC transmission link in Sweden.

Information about the company

ABB is a leader in power and automation technologies that enable utility and industry customers to improve performance while lowering environmental impact. The ABB Group of companies operates in around 100 countries and employs about 109,000 people. More information you can find at www.abb.com 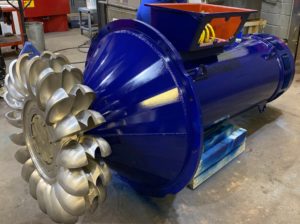 At the coming annual general meeting (AGM) on March 29, 2018, all ABB Board of Directors members will stand for reelection, with the exceptions of Ying Yeh and Louis R. Hughes, who have decided not to seek another term. 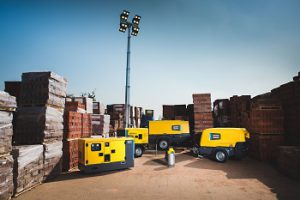 Atlas Copco has officially announced Power Technique as the new name of its Construction Technique business area. Power Technique has been chosen as the name because power is recognised by customers as the integral characteristic of the core product categories in the portfolio – air, power (including light) and flow.