ABB Names Ravi Uppal to Executive Committee. Head of Indian Unit to Join Management Board as Head of Global Markets

ABB has appointed Ravi Uppal, head of the company’s Indian business and South Asia region, to its management board as head of Global Markets. Uppal will take up the position on the Executive Committee on July 1, 2007. He replaces Dinesh Paliwal who is leaving ABB this month to become chief executive of Harman International, ... 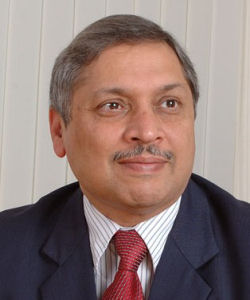 ...a maker of audio and electronic equipment that is listed on the New York Stock Exchange. Uppal has been head of ABB in India since 2001 and assumed responsibility for the South Asia region in 2006. The Indian national has worked at ABB for 20 years in locations including Sweden and the Middle East. "Ravi Uppal has been instrumental in ABB’s successful performance in India," said ABB President and Chief Executive Officer Fred Kindle. "He is an accomplished leader with strong customer orientation and great execution skills."

The new head of Global Markets will be responsible for all ABB regions and countries as well as the biggest customer accounts. He will be based in Zurich, Switzerland, and retain his current roles until successors have been announced. Uppal began his career at Bharat Heavy Electricals Ltd. (BHEL) in 1975 after obtaining a Bachelor of Technology (B-Tech) degree from the Indian Institute of Technology in Delhi and a management degree from the Indian Institute of Management in Ahmedabad. Uppal joined ABB’s predecessor, Asea, in 1980 and worked in various management positions before establishing Volvo in India from 1996 until he returned to ABB in 2001.

ABB is a leader in power and automation technologies that enable utility and industry customers to improve performance while lowering environmental impact. The ABB Group of companies operates in around 100 countries and employs about 109,000 people. Detailed information about the company is available on: www.abb.com