Excluding the impact of restructuring and realignment, the Company delivered adjusted net income of $143 million or $0.79 per share in the quarter. Excluding the impact of foreign exchange translation, adjusted earnings per share was up 10 percent. Second quarter revenue was $1.3 billion, up 5 percent organically with revenue growth across all end markets, led by double-digit growth in the U.S. and continued solid momentum in China and India. Reported operating margin in the quarter was 12.7 percent and adjusted operating margin was 14.3 percent, up 50 basis points compared to the prior year.

Patrick Decker, President and Chief Executive of Xylem, said “We have delivered another quarter of strong revenue growth and margin expansion. That consistent, organic orders and sales momentum – especially in the utilities market – reflects strong customer demand, and an equally strong focus on disciplined execution.”

Decker continued, “We are confident that our Xylem team will continue to deliver mid-single-digit growth and strong margin expansion in the second half of the year, despite seeing some slowing in Europe. As digitization of the water sector drives new demand, we’re seeing accelerating interest in our offerings. We continue to invest in technology and capabilities that deliver step-changes in performance and economics alongside water and energy savings.”

Full-year 2019 Outlook
Xylem is updating its forecasted full-year 2019 revenue outlook to be in the range of $5.29 to $5.38 billion. On an organic basis, Xylem’s revenue growth is narrowed to a range of 5 to 6 percent (2 to 3 percent on a reported basis) from previous guidance of 4 to 6 percent.

Xylem is revising its full-year 2019 adjusted operating margin outlook from 14.5 to 14.9 percent to 14.3 to 14.5 percent. The full-year adjusted earnings per share is now expected to be $3.12 to $3.22 from previous guidance of $3.12 to $3.32, an increase of 8 percent to 12 percent versus prior year. The Company’s adjusted earnings outlook excludes projected restructuring and realignment costs. Excluding revenue, Xylem provides guidance only on a non-GAAP basis due to the inherent difficulty in forecasting certain amounts that would be included in GAAP earnings, such as discrete tax items, without unreasonable effort.

Xylem Inc. reported full-year 2019 revenue of $5.25 billion, up one percent on a reported basis and four percent on an organic basis. 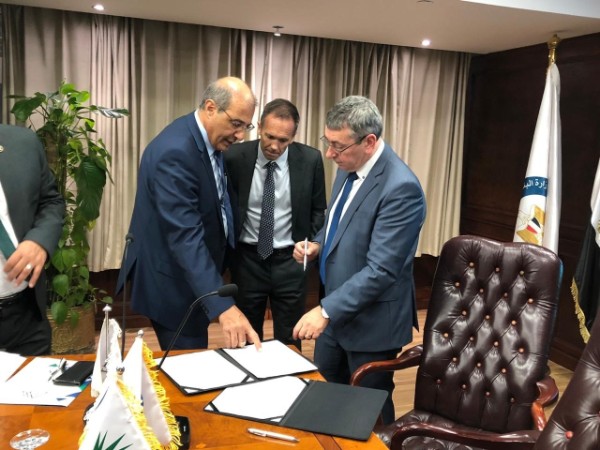