Full-year reported net income was $401 million, or $2.21 per share, with a reported operating margin of 9.3 percent. Adjusted net income, which excludes the impact of restructuring, realignment and special charges, was $547 million, or $3.02 per share. Adjusted earnings before interest, tax, depreciation and amortization (EBITDA) was 19.5 percent, flat year-over-year. Xylem delivered full-year 2019 adjusted operating margin of 13.9 percent, up 20 basis points versus the prior year. The Company generated $613 million in free cash flow, representing a 124 percent conversion.

In the fourth quarter 2019, Xylem generated net income of $118 million, or $0.65 per share, and adjusted net income of $161 million, or $0.89 per share, which excludes the impact of restructuring, realignment and special charges. Fourth quarter revenue was $1.37 billion reflecting ongoing softness in Industrial and Commercial end markets. Adjusted EBITDA declined 10 basis points to 20.5 percent. Reported operating margin in the quarter was 14.2 percent and adjusted operating margin declined 10 basis points year-over-year to 15.0 percent.

“Our teams continued to capitalize on Xylem’s portfolio of industry-leading technologies throughout 2019, again delivering mid-single-digit growth in the Utilities market globally, including double-digit growth in China and India,” said Patrick Decker, president and CEO of Xylem. “However, soft Industrial and Commercial markets in the second half slowed our overall revenue growth and margin progress for the year. In response to those challenges, we effectively contained costs, significantly improved working capital, and exceeded our free cash flow conversion commitments.”

“We’ve entered 2020 with strong operational discipline, solid foundations underpinning continued growth, and an energized global team leading the industry on sustainability,” Decker continued. “We’re confident we can manage through soft conditions persisting through the first half, and we foresee a moderate second-half recovery in our short-cycle businesses in parallel with ramp-ups in several large Utilities projects in our backlog. We expect a return to mid-single-digit growth in the second half of the year.”

Xylem announced that its Board of Directors declared a dividend in the amount of $0.26 per share, an increase of 8 percent. The dividend is payable on March 26, 2020, to shareholders of record as of February 27, 2020.

Full-year 2020 adjusted operating margin is expected to be in the range of 14.0 to 14.5 percent, resulting in adjusted earnings per share of $2.96 to $3.16. This represents an increase of one to eight percent from Xylem’s 2019 adjusted results, excluding the impact of foreign exchange translation and a reduction in non-cash pension income. The Company’s adjusted earnings outlook excludes projected restructuring and realignment costs in the range of $35 million to $45 million for the year. Excluding revenue, Xylem provides guidance only on a non-GAAP basis due to the inherent difficulty in forecasting certain amounts that would be included in GAAP earnings, such as discrete tax items, without unreasonable effort. 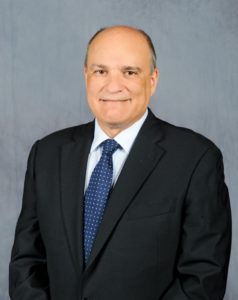 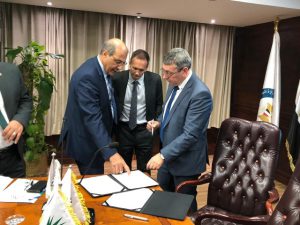 Xylem Affirms its Strong Support for the Paris Climate Agreement

Following the announcement from June 1, 2017 that the United States will withdraw from the Paris Climate Agreement, Xylem, a global water technology company, issued the following statement: