Excluding the impact of restructuring, realignment, Sensus acquisition-related charges and other special items, the Company delivered adjusted net income of $118 million or $0.66 per share in the quarter, a 10-percent increase over the prior year period. Fourth quarter revenue was $1.1 billion, which was up 10 percent due to the contribution of the Sensus business, which was acquired on October 31, 2016. Revenue for the quarter declined two percent organically, reflecting ongoing softness in the industrial end market. Reported operating margin in the quarter was 10 percent. Adjusted operating margin increased 60 basis points year-over-year to 15.3 percent. This margin expansion was driven by the Company’s ongoing execution of productivity initiatives.

For the full year 2016, Xylem generated $3.8 billion in revenue, up three percent on a reported basis and one percent organically. Full-year reported net income was $260 million, or $1.45 per share, with an operating margin of 10.8 percent. Adjusted net income, which excludes the impact of restructuring, realignment, Sensus acquisition-related charges and other special items, was $364 million, or $2.03 per share, a 10-percent increase over the prior year. Xylem delivered a full-year 2016 adjusted operating margin of 13.6 percent, up 70 basis points versus the prior year. The Company generated $386 million in free cash flow, an increase of 11 percent versus last year, representing a 120-percent conversion.

“Xylem closed out a transformative year in 2016 and I’m proud of the solid commercial and financial results our teams delivered,” said Patrick Decker, President and Chief Executive Officer of Xylem. “For the year, we generated organic revenue growth in mixed market conditions, and grew our operating margins and earnings in a meaningful way. While the industrial end market was challenged in certain regions, we grew share in the public utility sector as our industry-leading brands and solutions were increasingly the preferred choice of customers worldwide. We executed our capital deployment strategy as planned, successfully completing three acquisitions that collectively expanded our systems intelligence offerings in a significant way and extended our business into global smart metrology. We are well underway with the integration of our recent acquisition, Sensus, a business that significantly advances our move into smart water infrastructure.”

Decker continued, “This quarter we drove strong operating margin expansion by realizing the continued benefits from global procurement and lean and six sigma initiatives. In addition, order rates for the quarter increased two percent organically despite challenging market conditions. As we look to 2017, our organic and inorganic investments in 2016 along with continued improvements to our cost structure will pave the way for accelerated growth as we continue to execute on our investment thesis and increase shareholder value.”

Xylem announced that its Board of Directors declared a dividend in the amount of $0.18 per share, an increase of 16.2 percent. The dividend is payable on March 15, 2017 to shareholders of record as of February 16, 2017.

Xylem also announced plans to host an Investor Day on Tuesday, April 4, 2017, in Raleigh, North Carolina, at the headquarters of its newly acquired Sensus business.

Xylem forecasts full-year 2017 revenue in the range of $4.5 to $4.6 billion, up 20 to 22 percent, including growth from previously announced acquisitions and projected unfavorable impacts of foreign exchange translation. On an organic basis, Xylem’s revenue growth is anticipated to be in the range of one to three percent.

Full-year 2017 adjusted operating margin is expected to be in the range of 13.2 to 13.7 percent, resulting in adjusted earnings per share of $2.20 to $2.35. This represents an increase of 8 to 16 percent from Xylem’s 2016 adjusted results. Excluding projected unfavorable impacts of foreign exchange translation, Xylem’s adjusted earnings per share growth is anticipated to be in the range of 12 to 20 percent. The Company’s adjusted earnings outlook excludes projected integration, restructuring and realignment costs of approximately $30 million for the year. Excluding revenue, Xylem provides guidance only on a non-GAAP basis due to the inherent difficulty in forecasting certain amounts that would be included in GAAP earnings, such as discrete tax items, without unreasonable effort.

Xylem’s Applied Water segment consists of its portfolio of businesses in residential and commercial building services, industrial and agricultural applications.

Xylem’s Sensus segment consists of its portfolio of businesses in smart metering, network technologies and advanced data analytics. Xylem completed its acquisition of Sensus on October 31, 2016, and these results reflect the segment’s performance for November and December 2016. 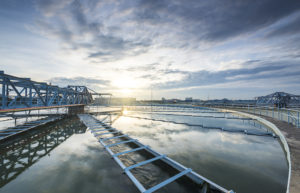