Annual Alternative Energy Conference on Monday that "More than one billion

based on solutions to the problem."

annually by governments and international agencies to provide safe drinking

"Sources for clean water are at a premium, particularly in the poorer

drought are exacerbating the problem in many of these countries, leading to

Mr. Kelly noted that WorldWater Corp. is meeting this challenge as a

electricity to users in developing countries around the world. "We have

said. "They are a viable solution to providing clean water and electrical

depth down to 1,000 feet, four times the operating capability of competing

systems and deliver 5 to 260 gallons per minute for household, village, or

electrical systems operating in many countries, including the Philippines, Sri

Lanka, Pakistan, Ethiopia, Tanzania and Ecuador and is

negotiating projects in other developing nations. The Company most recently

consultant and contractor for all water and energy programs.

Mr. Kelly also noted that in addition to providing critical services to

political stability in many beleaguered nations.

The NYSSA's Alternative Energy Conference was designed to provide those

attending an opportunity to listen to senior executives from leading

alternative energy companies discuss how they are commercializing alternative

and educate investors and to advance the professional competence of investment

advisors, and others involved in the investment process.

WorldWater Corp. is a full-service water management and solar engineering company specializing in solving water problems through use of solar energy. The Company produces and distributes the proprietary AquaSafe(TM) and AquaMax 2200(TM) solar water pumps, capable of delivering water in volumes from 5 gallons to more than 2000 gallons per minute. 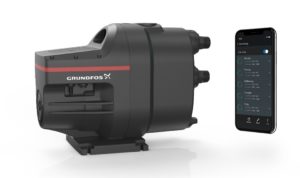