Anaerobic digestion processes that radically improve the quality of waste water while delivering green energy extracted from biological waste streams are emerging as a profitable way for agricultural and food processing industries cope with the twin impact of drought and pollution challenges. 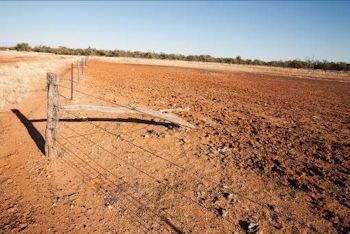 Many regions are increasingly affected by drought and climate change, including large areas of the USA (Image: Global Water Engineering)

Post-anaerobic treatment steps can also further increase water quality for extensive recycling, which is also becoming particularly relevant to areas of the US and Canada suffering from chronic drought.

About 25 per cent of contiguous US was covered by drought mid-year, according to the US Drought Monitor News, with California 99 per cent drought-affected and drought generally worsening in the country’s northeast and southeast. Although most regions of Canada have experienced drought, many of the southern regions of the Canadian Prairies and interior British Columbia are most susceptible.

The latest anaerobic technologies from wastewater treatment and waste-to-energy specialist Global Water Engineering are particularly effective for industries such as red meat, poultry, dairy, brewery, canning, paper and packaging, food processing and agribusiness processing including many of the world’s most important crops, including fruit, cane, grain, maize, yams, sorghum, potatoes, beans and cassava.

Results achieved over hundreds of plants globally have achieved removal of organic waste from discharge water of between 70-99 per cent, with scores of the plants installed by GWE also capturing the organic waste converted to methane and using it to power boilers and electricity generators. The further treatment steps for recycling of water after anaerobic processing can also result in up to 75 percent of the treated water being available for re-use, says GWE’s technology supplier in the US and Canada, Global Water and Energy (GW&E).

“For the many locations in the US and Canada that are suffering from prolonged drought, wastewater reuse/recycling is an excellent way to conserve a precious resource. In fact the water recovery aspect can even be more valuable than the energy in some cases here,” says Ian Page, Vice President of GW&E.

“GW&E/GWE can provide complete processes for adding on to the anaerobic digester, in order to polish the anaerobic effluent to reuse quality. These may include one or more processes for further organics removal, nutrient removal, or other treatment, and can be designed to meet essentially any quality required. We have a great deal of experience providing reuse systems, for such use as irrigation, toilet flushing, aquifer recharge, and many other uses.”

Oakey’s Cohral plant – the first GWE Covered High Rate Anaerobic Lagoon in the world – will produce 183.3 gigajoules of energy a day when it reaches design capacity through the combustion of methane produced, says the Managing Director of CST Wastewater Solutions, Mr Michael Bambridge, whose company represents GWE technologies in Australia. GWE, with headquarters in Thailand, is headed by green Global Water Engineering CEO and Chairman Mr Jean Pierre Ombregt, who has been a world leader in anaerobic digestion of industrial effluents and green energy solutions for more than 35 years and whose company has been involved in more than 300 water and waste water projects in Asia, Africa, North and South America, Australia, China, Europe (including Eastern Europe) and Russia.

Many of these projects have attained outstanding waste water processing efficiencies of up to and exceeding 99 per cent organic load removal by further steps in the anaerobic process. Good solutions do not have to be extortionately expensive for the wide variety of industries that can employ them. Such industries include red meat, poultry, dairy, brewery, canning, paper and packaging, food processing and agribusiness processing including many of the world’s most important crops, including fruit, cane, grain, maize, yams, sorghum, potatoes, beans and cassava.

The efficiency and versatility of the Raptor process was demonstrated recently by a ground-breaking GWE installation which won GWE a major international chemical engineering award from the Institute of Chemical Engineers (IChemE), which represents more than 40,000 chemical engineers worldwide. This latest, 2014, Energy Award involved a world first with Chok Chai Starch in Thailand, where a GWE Raptor system is used to convert wet pulp waste product from the processing of cassava roots into biogas.

The technology installed at Chok Chai Starch helps the factory achieve a minimum of 80 per cent conversion of the organics present in the pulp to biogas (methane), treating a maximum of 370 tons a day of wet pulp containing 68,700kg a day COD (chemical oxygen demand).

Anaerobic digestion facilities have been recognised by the United Nations Development programme as one of the most useful decentralised sources of energy supply, as they are less capital-intensive than large power plants. They can also benefit local communities by providing local energy supplies and eliminate the need for large and often smelly and environmentally challenging settling lagoons.

Thermophilic anaerobic/anaerobic systems have been proven internationally on slaughterhouse wastes, including digestion of wastes such as manure, stomach contents, blood and excess biosludge, which are transformed into biogas (methane), fertilizer and environmentally outstanding waste water effluent.

“The quantities of methane produced by anaerobic digestion can diminish or even completely replace the use of fossil fuels in the production process,” says Mike Bambridge.

One ton of COD (chemical oxygen demand) digested anaerobically generates 350Nm3 of methane, equivalent to approximately 312 litres of fuel oil, or generates about 1,400 kWh of green electricity. Multiplied over a plant over a year, this output can and does add up to millions of dollars saved on fossil fuels, says Mr Bambridge.

“Green energy alternatives such as wind power and solar power get most of the headlines for their achievements, but anaerobic processes are even more suited to industry in many instances, given that it provides reliable base load power and simultaneously treats wastewater to high discharge standards.

“Biogas from waste water is an outstanding source of base load power. As part of a renewable energy mix – complementing wind and solar generation, for example – electricity generated with biogas is highly reliable and consistent. As the major component of natural gas, methane is an environmentally attractive alternative to fossil fuels.” 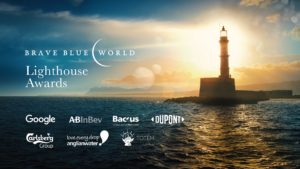 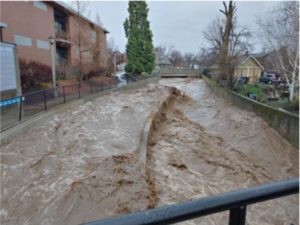 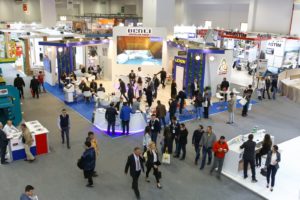 Waste management and recycling, water/sewage technologies and municipal vehicles—the participants of the next IFAT Eurasia from 21 to 23 October 2021 in Istanbul will be able to enjoy an extensive range of environmental solutions. This year, a special focus will be on combating the impending environmental disaster in the Sea of Marmara.