As the gold price soars and mining opportunities in South Africa shrink, mining industry suppliers are finding West Africa an increasingly lucrative and expanding market. It is estimated around one third of all mining equipment sales in Africa are now to that region. 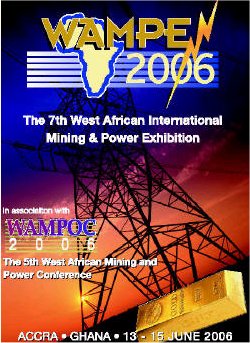 Of the 343 mining projects underway on the continent, over 60% fall outside of South Africa and many more are on the drawing-board. Mineral exploration continues at a frantic pace. At the West African Mining conference in Sierra Leone it was reported that since 1997, almost two thirds of the world's mining exploration budget was spent in Africa.

Gold has become a significant contributor to the gross domestic products of Mali, Guinea, Ghana and Burkina Faso, with production increasing 84% in the ten years between 1994 and 2004. In addition there have been discoveries of substantial deposits of other minerals in the region.

Investors, mining houses and mining equipment suppliers are all reaping the benefits of new mining-friendly legislation, stable governments and well-thought-out economic policies. “More than 25% of our total business is concentrated in African countries outside South Africa,” says African Explosives Limited international business director, Stuart Wade. “A great deal of that is done in West Africa.” AEL, with annual sales of over R2 billion, is Africa's largest producer of explosives. This year the company predicts it will need to produce a record number of detonators at its Ghana operation to meet West African demand.

According to recent reports in the mining press, mining exploration house, Randgold Resources, has discovered millions of ounces of gold in West Africa and has ear-marked hundreds of millions of dollars for new projects in the region.

Speaking after the official opening of the first phase of the new $110-million mine in Loulo, Mali, Randgold Resources CEO, Dr Mark Bristow said his company had invested in excess of $300-million in Mali (now the continent's third largest gold-producer) and planned another $100 million cash injection. He said his company hoped to replicate its Malian operation in other countries in the mineral-rich region.

There seems little doubt West Africa will continue to be a focal point for foreign investment by multinational mining companies.

According to two of Absa's leading investment bankers, Hilton Ashton and Daniel Ross, this is due to a perception that West Africa is more investor-friendly than South Africa. The latter is beginning to lose it's popularity with foreign investors as its black economic empowerment principles and mining charter negatively impact on investment strategies. “This year's West African International Mining and Power Exhibition (WAMPEX) will therefore be more important than ever,” says Ghanaian Minister of Lands, Forestry and Mines, Prof. Dominic Fobih. “It will present a unique opportunity for suppliers to meet and show their wares to all of West Africa's major role players and mine operators.”

The 6th biennial WAMPEX exhibition, supported by a leading-edge conference, will take place at the Accra International Conference Centre in Ghana from 13 to 15 June.

“WAMPEX has always been regarded as a key event on the mining industry's calendar of events,” says Jouyce Aryee, CEO of the Ghana Chamber of Mines. “It sends out a strong message that this is a region where business can be done with ease and confidence.”

According to WAMPEX organiser, John Thomson, managing director of Exhibition Management Services, there is enormous interest in the upcoming exhibition. “The demand for space has been brisk and it is certain we will be fully booked,” he says. “There really is no other business vehicle to reach the West African mining industry,” he says. “Any supplier not there will miss out on exploiting one of the world's best industrial-growth opportunities.” 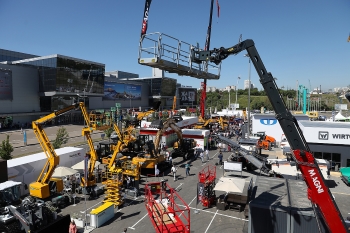 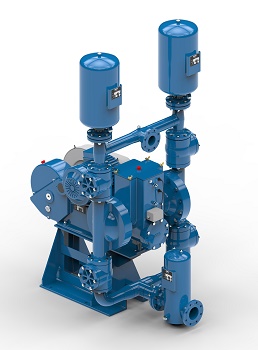