Never before have the challenges, that humanitarian workers face, been greater than they are at this moment. The United Nations estimate that 93 million people worldwide need humanitarian aid. This is also a challenging situation for the aid organization "arche noVa – Initiative für Menschen in Not e.V." and "Reginold Brooks - International Nature and Climate Protection". VSX - Vogel Software supports the associations based in Dresden and Weimar with frequent donations, this enables the helpers to carry on with their work in conflict areas.

Since 1992 arche noVa e.V has been coordinating worldwide aid projects, wherever people are in need of help, caused by crisis, conflicts and natural catastrophes. By providing clean drinking water, rapid and sustainable assistance is ensured - for greater health, food security and the prospect of a self-determined life.

Right now the work focuses on the Middle East, especially Syria, Iraq and Lebanon. While the arche noVa staff in Syria primarily provides humanitarian aid (distribution of food, provision of water, maintaining school education), activities in Lebanon aim primarily to improve the infrastructure. Even before the current crisis, the water supply systems were not everywhere impeccable. Due to the large number of Syrian refugees the situation got even more critical. In the north of the country, arche noVa is responsible for the repair of water supply and sanitation systems in villages and schools, in a district adjacent to Syria. The repair of water supply systems in villages is an important issue in Iraq as well. However, the work here focuses more on supporting people who fled the armed conflicts against ISIS in the east of the country. As result of the planned recapture of Mosul, new camps have been created, which now also have to be supplied with water.

As a result of the increasing number of natural catastrophes another focus is on activities which enable people to react to the onset of climate change. Especially in Asia, arche noVa offers training courses on how to handle such situations, as part of catastrophe precaution. In Pakistan, which has repeatedly been hit by heavy floods in recent years, the association is building heightened rescue points with sanitation facilities. Arche noVa has been active in the Philippines since the devastating typhoon Haiyan in 2013. After comprehensive reconstruction projects in schools, activities to improve the protection of the population from such catastrophes are currently underway. Measures include coastal protection by planting mangrove forests or the expansion of evacuation centers, for example in a cave.

The association also successfully manages projects in the African counties Mali, Somalia, Ethiopia, and Kenya. On the occasion of its 25th anniversary, arche noVa is in 2017 also planning an anniversary project in Uganda on the north bank of Lake Victoria. The lake is a blessing and a curse at the same time. It provides the population with an income but at the same time threatens their health, since the lake water is contaminated and inedible. Nevertheless, many families fall back on the seawater due to lack of money and alternatives. Together with local organizations, arche noVa will support women’s aid groups, among other things, to repair defective wells, build rainwater collection tanks and toilets. arche noVa wants to collect 100,000 Euros in donations by the end of the year.

"In our opinion, the support of humanitarian aid projects is becoming more and more important, especially in times when violence is steadily increasing. We are pleased to be able to make a small contribution to the successful completion of the arche noVa aid projects," explains Jens- Uwe Vogel, Managing Director of VSX.

"We are also delighted to support the Reginald Brooks Foundation with a donation this year," says Jens-Uwe Vogel. "The foundation was founded in 2013 by Kathrin Selzer and her daughter Anna in Weimar. Their goal is to provide the donations directly to the people and nature in need. The main focus of their current work is in Venezuela and Malawi. "

At the end of February Anna Selzer traveled back to the small South-East African state of Malawi to help build a dormitory in the city of Zomba after the rainy season. A dormitory for 10 boys and 10 girls is to be build. The dormitory offers a small group of the orphans in Zomba a place to sleep inside or away from the crowded homes of their relatives. The project was created by a strong minded villager, Ernest PondePonde, who wanted to see a positive change in his surroundings. After planning and before implementing his idea, he crossed paths with the Selzer family on a journey, who from this point on supported him and his ideas. While Kathrin Selzers background as an engineer, contributes the technical knowledge and structure to the project Dormitory for Grace Orphan Care, Anna Selzer helps and coordinates directly on site: "Helping on site is a lot of effort, but also a wonderful experience. You engage with the country and its people, learn a lot of new things and get a feeling for what really helps the people. A major goal of our foundation is to further stimulate the economy through the inflow of microcredits and small projects. "

For further information on the work of the aid agency visit http://www.arche-nova.org and http://reginold-brooks.com.

Picture 2: The construction of the orphanage in Zomba, Malawi, will provide 10 boys and 10 girls an accommodation during the night. VSX - Vogel Software recently supported the foundation with a financial donation. (Image: Anna Selzer | Reginold Brooks Foundation) 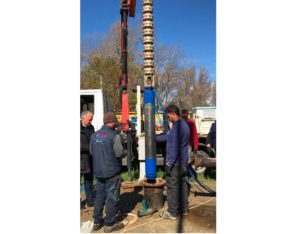 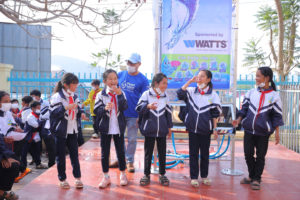 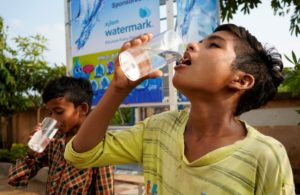