Voith has been awarded the contracts for the supply of the electro-mechanical equipment of two small hydropower projects in Indonesia being an important success in the promising hydropower market of South East Asia.

The two plants Pusaka I and III will be installed in the province of West Java and have a capacity of 8,8 MW and 3 MW. The contracts have been awarded by PT Pembangkitan Pusaka Parahiangan, a subsidiary of the Indonesian energy producer PT Medco Power.

Voith will deliver the complete electromechanical equipment including the four turbines and generators, the automation systems as well as other balance-of-plant equipment. The turbines will be manufactured by Voith Hydro in India at their state-of-the-art small hydro manufacturing facility in Vadodara, Gujarat.

The two small hydro power plants will contribute to the absolutely essential expansion of electricity supplies in Indonesia: The demand for electricity is increasing by around 10 percent every year and is estimated to triple by 2030. Simultaneously, less than two-thirds of the inhabitants of the world’s fourth most populous country have constant access to the grid. The government of Indonesia sees shortfalls in electricity supply as a major obstacle to further economic expansion. The country, thus, strongly invests in the expansion of its energy sector and aims at realizing a share of 25 percent in electricity produced from renewable energies by 2025.

To reach these goals hydropower offers significant prospects for expansion in Indonesia: Today, only around six percent of the technically feasible hydropower potential of approximately 75,000 MW are being utilized in the country. With a further expansion of hydropower Indonesia not only invests in climate-friendly energy generation, but also in a stable and reliable energy supply as a precondition of the further economic development of the country.

Small hydropower plants have advantages of their own in terms of shorter gestation period of two to three years, lower investments and are easier to construct and commission due to less complex designs. Small hydro facilitates community participation and capitalizes on local skills for plant construction. Location of small hydropower plants generally has little effect on the local habitat since most installations are run-of-river schemes. In addition, the overall efficiency rate of small hydropower plants is very high compared to other forms of renewable energy generation, reaching about 90 percent. 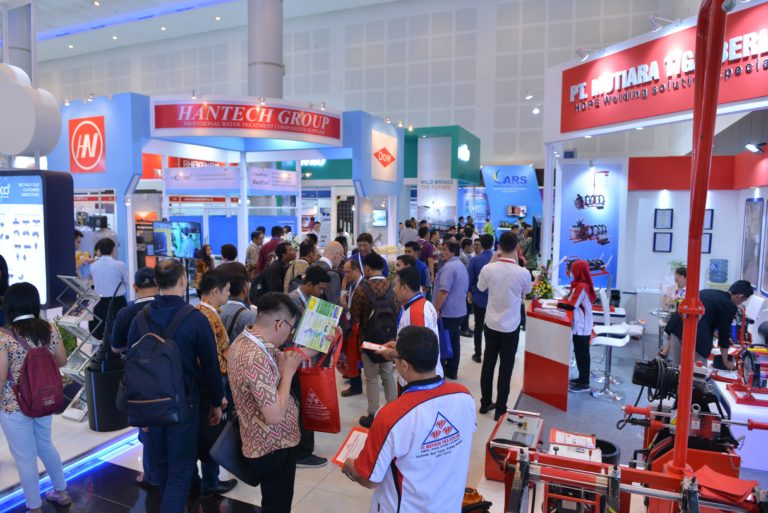 Indonesia s largest international water and wastewater trade show – IndoWater 2019 will be held again from 17-19 July 2019 at Jakarta Convention Center in conjunction with IndoEnergy and IndoWaste. The event takes place every year alternately in Jakarta and Surabaya.