The technology group Voith starts its first influencer tour in the hydropower sector worldwide. Together with selected energy experts, the company visits various hydropower projects in three European countries between the 10th and the 16th of June. 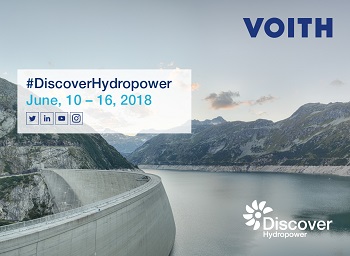 This include Europe s largest variable-speed pumped storage power plant in Portugal, two highly efficient small hydropower plants in Scotland and a run-of-river power plant in Iceland, which is currently being equipped with state-of-the-art digital technology from Voith.

The tour can be followed live on Voith Hydro s social media channels under the hashtag #DiscoverHydropower on Twitter, LinkedIn and Youtube. The company also reports on this via Instagram and Snapchat. Interviews with power plant operators and tour participants as well as pictures from the power plants and their scenic surroundings will be shown on all channels. "The special thing about the tour is that each power plant is explored in a different way: By helicopter, jeep and on foot. This allows us to experience the advantages and technical details of the various hydropower plants in the best possible way," explains Lars A. Rosumek, Senior Vice President Group Communications at Voith.

The Voith Snapchat channel is overseen by the company’s apprentices and students. As part of the “Discover Hydropower Tour”, two Voith students from the Baden-Wuerttemberg Cooperative University will provide live feeds from the tour station in Iceland via Snapchat.

The first stop on the tour is the Frades II pumped storage power station in northwest Portugal. It is equipped with innovative pumped storage technology from Voith and is regarded as the largest variable-speed system of its kind in Europe. The power plant will thus make a significant contribution to grid stabilization and the further expansion of electricity generation from renewable energy. The plant has been in operation since the beginning of 2017 and is operated by the Portuguese utility Energias de Portugal (EDP). The difference in height between the upper and lower basins of the pumped storage power plant is over 400 meters. The view from a helicopter will therefore be an impressive perspective. A guided tour of the power plant and a lecture by the European Association for Storage of Energy (EASE) round off the first stop on the “Discover Hydropower Tour”.

The tour then leads to the Scottish Highlands. Green Highland Renewables operates around 50 small hydropower plants here. Many of these are equipped with components from the Voith subsidiary Kössler. Two of these plants, Loch Eilde Mor and Coiltie, are on the program of Voith s tour. They show that small hydropower plants are an important component in the energy mix of many countries - especially when it comes to decentralized energy generation in rural regions. The two Scottish small hydropower stations will be visited and explored by jeeps. Among others, main topics to discuss will be technical challenges of the plants, the harmony between ecology and economy, and operator friendliness through remote maintenance.

Voith s first influencer tour in the hydropower sector ends in Iceland. Here, digital solutions for hydropower plants are presented at the Budarhals run-of-river power plant. In the plant, which went into operation in 2014, Voith is currently implementing a pilot project for intelligent acoustic monitoring in hydroelectric power stations together with the plant operator, the state-owned Icelandic energy group Landsvirkjun. In the future, the system will recognize the perfect time to change mechanical spare parts. Maintenance and repairs can also be planned efficiently. In addition to visiting the power plant, a Voith expert will present the company s digital solutions for hydropower plants. 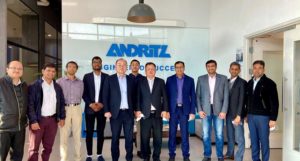