Voith benefits from an ongoing trend towards the modernization of hydro power plants and has been awarded a contract for the run-of-river power station „HPP Água Vermelha“ on the River Grande in Brazil.

The contract is one of the largest contracts for the modernization of a hydro power plant in Brazil, and the largest ever to be undertaken by a single company. The order volume amounts to about €80 million.

„In Brazil, we see an increasing trend towards modernizations in the hydro power business in addition to the continued strong focus on building new facilities”, says Dr. Roland Münch, CEO of Voith Hydro Holding in Heidenheim, Germany. After decades of operation, many operating companies are now upgrading their fleets. „This is a trend similar to the one we have seen in other markets like in the United States or Europe – a trend we can address best with our long-term, comprehensive experience with the modernization of hydro power plants“, Münch adds. Hydro power is very important in Brazil: In South America’s most important electricity market, more than three-quarter of the electricity needed is based on hydro power.

For the modernization of the Água Vermelha plant Voith Hydro will overhaul the generators and turbines as wells as the associated electromechanical systems. Additionally, many components will be completely renewed. In operation since 1978, Água Vermelha holds six units with a total capacity of 1,396 MW. It is the largest plant owned by the energy company AES Tietê and is operated by the „Operator of the National Electricity System“ (ONS). 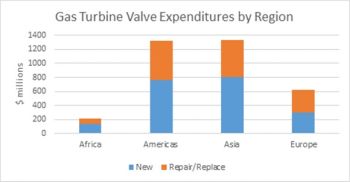 Gas Turbine Owners Will Spend $3.5 Billion for Valves Next Year

Gas turbine owners will spend $2 billion for new valves and $1.5 billion for service and repair of valves in 2017. This is the latest forecast in Industrial Valves: World Markets and 59EI Gas Turbine and Combined Cycle Supplier Program. 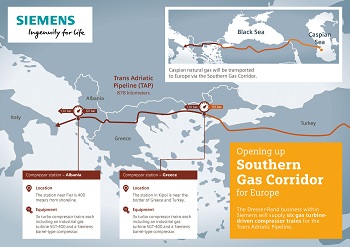 GF Machining Solutions Wins Substantial Order in the US

GF Machining Solutions, a division of GF, has received a major order from a well-known US-based customer. 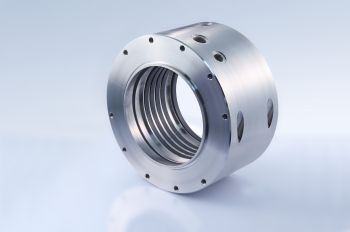 With the WD200/500 series, EagleBurgmann Espey introduced a carbon floating ring seal on the market that has been installed in nearly all machine types with rotating shaft, e.g., in fans, steam turbines, mixers, or mills.