The Russian utility RusHydro and Voith Hydro St. Pölten, have signed a contract for the modernization of Saratovskaya hydro power station. It became effective in September 2011. 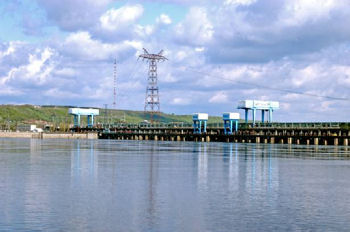 This modernization represents one of the largest ever individual orders of Voith Hydro St. Pölten. With a runner diameter of 10.3 meters, the Kaplan turbines of the hydro power plant in the south-west of Russia are among the worldwide largest of their kind.

The Kaplan turbines will be modernized in different stages in close cooperation with a Russian partner. Voith Hydro St. Pölten’s order value amounts to 140 million Euro for the first five units.

Alongside the contract, both companies also signed a memorandum of understandig for the establishment of a joint manufacturing site in Russia.

The background for the intended joint venture is the potential of the Russian hydro power market. The commercially feasible hydro power capacity in Russia amounts to 852 TWh/year, of which just 17% have been developed to date. Apart from utilizing this potential, there is also a high demand for the rehabilitation of existing hydro power stations. About one fifth of the turbines currently being in service is more than 40 years old.

With an annual output of 72.5 TWh and an installed total capacity of 26 GW, RusHydro is Russia s largest supplier of energy generated from hydro power, and the second largest producer in the world. With its investment plans for the next two years, the energy company, in which the Russian state holds a majority stake, pursues two major goals: the application of the latest technologies for all modernization projects and improved safety in existing power plants, as well as the expansion of hydro power in general.