Voith recently opened a new subsidiary in Sydney. The company is thus further expanding its presence in the region in order to tap the enormous potential offered by hydropower in this area. 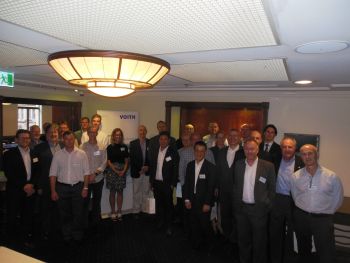 Participants of the Voith Hydro partner event in Sydney where Voith officially announced the opening of its new office (Image: Voith)

Hydropower energy and the use of pumped storage plants play an important role in the expansion of renewable energy use in Australia and New Zealand in order to ensure grid stability. By opening the new office, Voith underlines its intentions to support this development.

According to Australia’s Department of the Environment and Energy (2017), renewable energy accounted for 15% of Australia’s electricity generation in 2015/16. Renewable energy increased by 12% in the same period, also driven by increases in hydropower, which rose by 14%. Australia now has more than 120 operating hydroelectric power stations with an installed capacity of nearly 8,800 megawatts (MW). The country’s hydropower resources are largely concentrated in Tasmania, New South Wales (NSW) and Victoria. The Snowy Mountains hydroelectric scheme, which spans both NSW and Victoria, is Australia’s largest hydropower scheme. It consists of 16 major dams and nine power stations with a combined capacity of 4,100 MW. Upgrading and refurbishing existing infrastructures are expected to bring new opportunities in the sector.

As investments in renewable energy sources such as wind and solar are increasing, the need for pumped hydro storage is to grow as a necessary balance for other sources. Therefore, pumped storage is an increasingly vital component of Australia’s electricity market. There are at least 22,000 suitable locations in the country where the implementation of new pumped-storage facilities would be possible. The Australian government and local authorities among others are supporting various plans: one is the expansion of the Snowy Mountains pumped-storage project, adding 2,000 MW to the existing scheme. Another example is the “Battery of the Nation” initiative sponsored by Hydro Tasmania. Many more new projects with smaller capacities are in the pipeline.

Voith’s new subsidiary in Sydney will support these and other hydropower and pumped storage projects in the region. The office will be headed by David Edwards, Sales Manager for Oceania. From its new subsidiary, Voith Hydro Australia will serve as a HyService hub, quickly and directly delivering services and products to local manufacturers and customers in the region. Voith Hydro in Australia helps the global technology group to become closer to its customers and partners. Moreover, the Sidney facilities will support expanding its footprint in hydropower generation in the region by delivering services, products and tailor-made solutions.

“With our new office and the already existing Voith workshop in Australia, we can deliver high-quality equipment and services responsively to help Australia and New Zealand succeed national hydro initiatives such as ‘Snowy 2.0’ for new pumped storage and ‘Battery of the Nation’ for the expansion and modernization of existing hydropower stations in Australia,” said Voith Hydro CTO Norbert Riedel at the inaugural celebration. Voith Hydro officially announced the opening of its new office at a partner event held at The Grace Hotel in Sydney on March 19, 2018. With dozens of external guests including customers, developers, engineers and academics accompanying the announcement, the event was an enormous success.

Voith’s pumped-storage technologies, in particular, will play an important role in planning the use of renewable energies in the region. In 1937, Voith developed the first large single-stage pump-turbine which operated both as a turbine for energy generation and, reversed, as a pump. Today, nearly 200 Voith pump-turbines have been installed worldwide with a combined output of more than 25,000 MW. With a wide range of specific speeds, pump-turbines can be installed at sites with heads up to 700 meters, and with unit capacities ranging from less than 10 MW up to 500 MW. The company’s state-of-the-art technological level is constantly being upgraded, and includes the latest developments in variable-speed technology and wide head-range applications. These machines have proven extremely reliable in practical operation.

With its technologies in the areas of digitalization and efficient energy use, Voith plays another significant role in supporting the use of a renewable energy mix in the Australia and New Zealand region, potentially improving the efficiency, reliability and security of hydropower plants among others. They also support the connection of hydropower plants to the smart grid, which is essential for the use of renewable energies.

As a Gold Sponsor, Voith’s expertise in pumped-storage technologies was also presented at the 2nd Annual Pumped Hydro Energy Storage Conference held on March 20–21, 2018, in Sydney. More than 40 delegates and speakers attended the conference; their interactive participation demonstrated the growing commitment to support the nation’s renewable energy transition with proven and reliable technologies such as pumped hydro storage. Voith technical experts gave presentations on operation simulations of pumped-storage stations and on speed-variable pump-turbines. 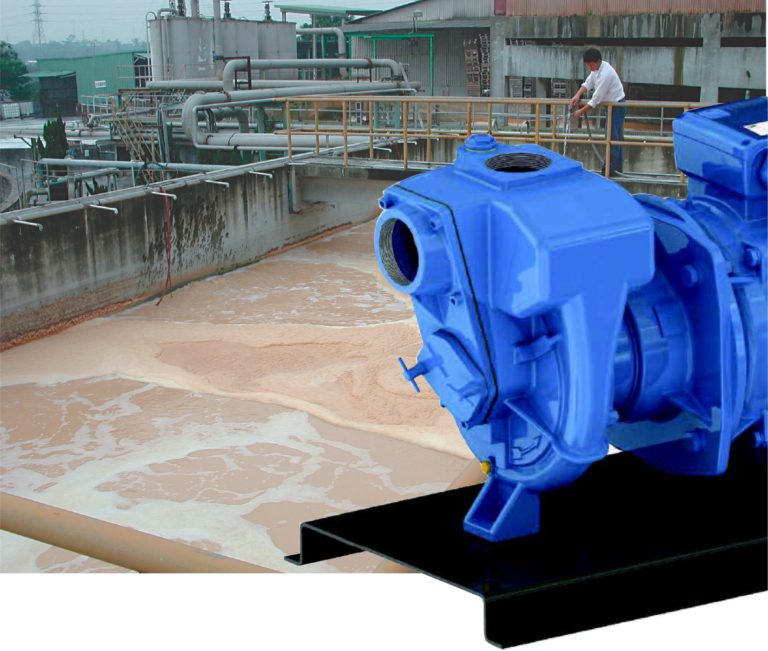 A new development in trash pump technology is being offered to the market by Australian Pump Industries. The pumps, part of the company’s Aussie GMP product range, offer solids handling capability, combined with high pressure performance.