A consortium of China Gezhouba Group Co., Ltd., a subsidiary of EN-ERGY CHINA, and DESCON Power Solutions of Pakistan won the con-struction contract for the Mohmand Dam hydropower project in Pakistan. According to the schedule, the first unit will be commissioned in 2025 and all units will be in commercial operation in 2026.

At the project’s groundbreaking ceremony, Pakistan’s Premier Imran Khan said: “Mohmand hydropower plant has been a dream project for years of both the Pakistan government and the people. The construction is of great significance. Once completed, the project will help mitigate flood disasters, enhance food safety, alleviate power shortage and further drive Pakistan’s social and economic development.”

About Pakistan Mohmand Dam hydropower project
Mohmand Dam hydropower plant is situated in the Khyber Pakhtunkhwa Province of Pakistan and is designed for a total capacity of 800 MW. It is the first flagship project funded by the new administration of Pakistan. The project will offer approximately 6,000 jobs for Pakistan at the peak period of construction and generate an annual average of 2,862 GWh of clean power at full operation. In addition, the project will offer 140 million cubic meters of drinking water per year to local citizens. Its annual revenue will be approximately 320 million euros. 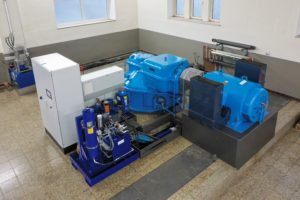 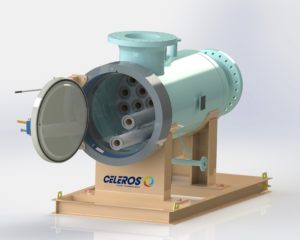 In response to the growing levels of contamination across a variety of process applications, Celeros Flow Technology has developed a new range of High-Capacity (HC) filtration solutions to more efficiently separate solids and liquids. The solutions deliver high contaminant retention efficiency with minimal impact on process parameters. 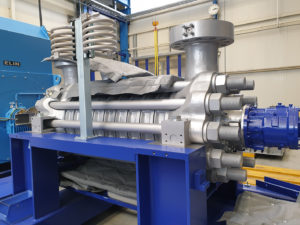 As the global demand for electrical energy continues to grow, more power plants are being built and their designs have to accommodate the changing requirements of the power generation market.