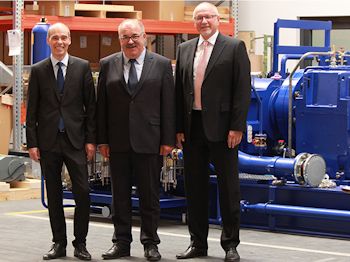 "I’m look­ing for­ward to my new assignment and the work with the employees” said Haubeil. “Uraca is well po­si­tioned in the mar­ket. To­gether with Mr. Stöhr I’m pre­pared to face the challenges of the com­pany’s fu­ture. I would like to thank Mr. Amon for his inten­sive com­mitment dur­ing the transitio­n­al pe­ri­od and al­so all associates and the ad­vi­so­ry board for the trust placed in me."

The as­so­ci­ates, the ad­vi­so­ry board, manage­ment and staff thank Mr. Amon for his many years of suc­cess­ful work and wish him all the best for his retirement and Mr. Haubeil a suc­cess­ful start for the new tasks and responsibili­ties.