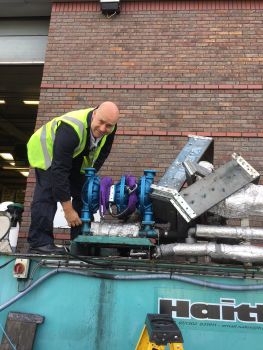 The Ceramex cleaning technology is based on 20 years’ experience, with more than 140,000 DPFs being successfully cleaned during that period. The inspection technologies employed provide vital evidence of the quality of the cleaning and give reassurance that the cleaned DPF will perform as well as a new part.

An important aspect of the onsite process is a filter press, where the effluent which has been produced after the DPF has been cleaned, is itself aggressively washed out and cleaned down via a high pressure AODD pump.

Ceramex first called in Triark Pumps to discuss contingency plans when the original AODD pump required a service, and so had been switched out with a spare pump. Unfortunately, the spare pump failed in a manner that was considered premature so Triark s MD David Rozée rushed to the site fully prepared to get his hands dirty.

Upon arrival the spare pump was still in operation but limping badly, causing considerable disruption to the overall DPF cleaning process. In order to minimise the downtime, and any further disruption, it was decided to quickly service the old original OEM supplied unit, and get it swapped back, so that the new spare pump could be repaired at some leisure.

On initial inspection however, it was quickly determined that the originally supplied Neoprene diaphragm material was inappropriate for the task. Drawing on its 30 years’ experience in supplying and maintaining AODD Pumps, Triark not only specified the use of Santoprene diaphragms for this particular application, but the onsite staff were left with an heightened appreciation of the airside operation of AODD pumps.

Commenting on the visit, Colin Lewis, Managing Director at Ceramex said, “We are extremely grateful to David for not only responding to our predicament so quickly – he was onsite in a matter of hours – but for his quick and honest diagnosis and repair. My team now have a better understanding of the pumps operational parameters, which should reduce any such downtime in the future.” 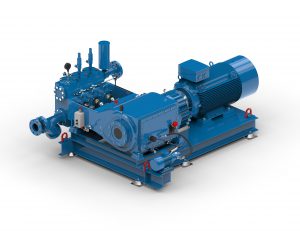 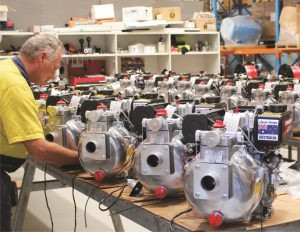 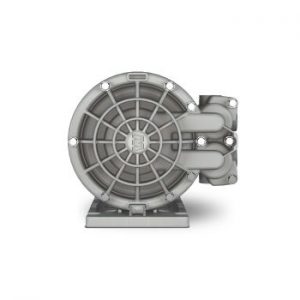 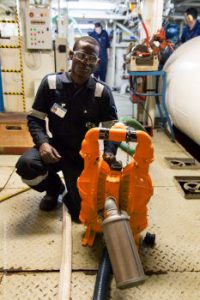 Wilden is pleased to announce that it recently donated a new AODD pump to Mercy Ships for transferring blackwater onboard the hospital ship Africa Mercy, the largest civilian hospital ship in the world. Founded in 1978, Mercy Ships is a global charitable organization that operates a fleet of hospital ships specially designed for use in developing nations. 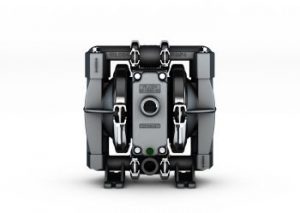 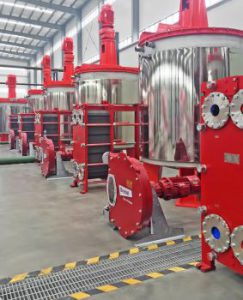