The Poul Due Jensen Foundation Appoints an Executive Director

The Poul Due Jensen Foundation, which is the majority shareholder of the Grundfos Group, has appointed an Executive Director as part of its efforts to enhance the professional level of its activities as an active and modern commercial foundation. 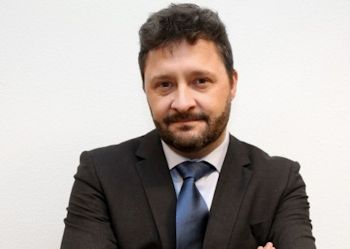 The man chosen is Christian Hartvig, who has so far held a position in Grundfos as General Counsel. He will take on his new position on 1 March 2014.

"I have been working with Christian Hartvig for several years. He knows the company, upholds our cultural values and possesses the skills required for the Foundation to meet the desired objectives and renew itself", says Niels Due Jensen, Chairman of the Foundation.

"The industrial foundations are of significant importance to Danish companies and workplaces, and I look forward to playing an active part in drawing attention to and expanding the Foundation’s activities, both in relation to Grundfos and the development of society", says Christian Hartvig.

During the past 12 years, Christian Hartvig has been working for Grundfos, and he has been head of the Group’s Legal Department for the past 11 years. He holds a Master of Law degree from Aarhus University, graduated in 1996, and before joining Grundfos, he worked for the Bech Bruun and DELACOUR law firms. He is entitled to plead before the Danish High Courts. In addition, he has been an external lecturer at Aarhus University.