Supply of Drinking Water Suited to the Demand

ZWAV is an association formed by 47 towns and municipalities in Vogtland, Germany. On an area of 1,400 km2, they supply drinking water for about 250,000 inhabitants. 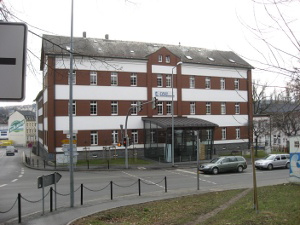 At present 200 pumping systems are in operation, equipped with 500 motor pump booster sets. Due to the fall in demand in industry and agriculture, and the constant decrease of the population, for some years there has been a decrease in water consumption in Vogtland.

ZWAV reacted to the reduced water consumption by dismantling the systems. Over the years a vast deposit of pumps was thus created, which were used to restructure and gradually modernise other systems. Since the old non adjustable pumps are now considered obsolete, an attempt was made to find a solution with the HYDROVAR® speed regulator, whereby old non adjustable pumps were transformed into modern pumps with variable speed (so-called Retrofitting).

The consumption of drinking water varies from a maximum load in the early hours of the morning to a minimum consumption at night. Non adjustable pumps are not able to react to these fluctuations in consumption and always run at full speed even though, most of the time, only a minimum part of the power is needed. Consequently, in the past non adjustable pumps were combined with a pressure control device and a diaphragm surge tank, able to start and stop the pumps adequately for the demand. However the timing of the pumps caused strong swings in pressure, high energy consumption and periodic wear of the diaphragm surge tank. The HYDROVAR® speed regulator adapts the flow rate of originally non adjustable pumps exactly to the real demand for drinking water, with a consequent decrease of the absorbed power of as much as 70%. The HYDROVAR speed regulator also has a “soft” start and stop function, which prevents water hammer effects that needlessly overload both the pumps and the system. Surge tanks, which require monitoring, are therefore no longer necessary, and peaks in starting current are avoided.

Easy assembly and use

Ranging from 1.1 to 22 kW, the HYDROVAR speed regulator can be fitted directly on the standard motors present on the market. The theoretical values are set by means of sensors and by an user friendly menu, without any need of a programming device. “At present there is no similar system by means of technology and price for the retrofitting of pumps that up till now had not been adjustable,” says Jörg Jordan, Deputy Production Manager of ZWAV, describing the situation. “And until the market proposes a better solution, for the next system renewal operations we will be using the HYDROVAR regulator.

By means of a BUS communication it is possible to combine several pumps together and to connect them to superior control systems. ZWAV intends to make use of this possibility in the future for the centralised monitoring of pumping stations scattered over the supply area. Any deviations from the prescribed operating parameters or any faults are detected immediately, so that the necessary steps can be taken promptly to correct them.

The advantages of the HYDROVAR speed regulator in a few words: 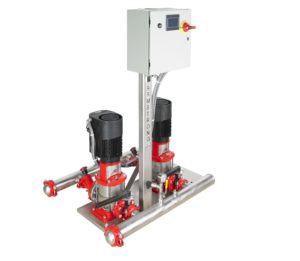