The Sulzer Board of Directors has appointed Scot Smith as the new Division President of Sulzer Pumps and a Member of Sulzer’s Executive Committee. 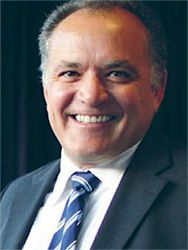 Scot Smith, 50, US citizen, has vast experience and a successful track record in leading large operational units in industrial companies. He will assume his new role on May 15, 2013.

From 2001 to 2012, Scot Smith was Managing Director of Weir Minerals, a specialist supplier for slurry equipment for global mining and mineral processing companies. Before that, he worked for almost 20 years in the automotive industry for Van Dresser Corporation, General Motors, and Britax Vision Systems. Scot Smith holds a BSc in Business Administration and an MBA in International Business.

Kim Jackson, Division President of Sulzer Pumps and Member of the Executive Committee of Sulzer since 2007, who has been with Sulzer since 2004, will leave Sulzer in mid-April to pursue other opportunities outside the company.

The Board of Directors and the Executive Committee thank Kim Jackson for his part in growing Sulzer Pumps organically over the past several years, for his contributions to the division’s acquisitions, and for broadening the global presence of the business. They wish him all the best for his personal and professional future.

Alfred Gerber, General Counsel, Company Secretary, and Member of the Executive Committee of Sulzer since 2001, who has been with Sulzer since 1995, will leave Sulzer at the end of April to pursue other opportunities outside the company. His successor will be announced in due course.

The Board of Directors and the Executive Committee thank Alfred Gerber for his contributions to the development of Sulzer over the last 18 years. His accomplishments include establishing and leading an effective legal department and developing a comprehensive contract risk management system. They wish him all the best for his personal and professional future.