Sulzer: A Lot of Hot Air

Water treatment facilities rely on filtration systems to remove waste products as part of the process to recycle the water before it returns to the river. These filters are periodically cleaned by backwashing them with air bubbles produced by large blowers. Following two unexpected blower failures, Sulzer was asked to investigate the cause and improve the reliability of the system. 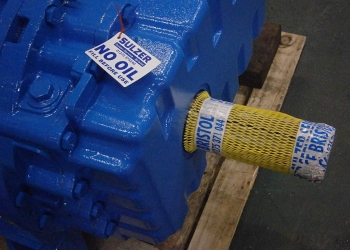 Units are returned without oil, as per the customer’s request. (Image: Sulzer)

In the UK, one of the regional water companies has an agreed framework contract with Sulzer for the repair of the blowers on its sites. The contract came about through a need for the company to have a single source for blower repairs, rather than having to deal with numerous original equipment manufacturers (OEMs). Fortunately, Sulzer has engineers at its Bristol Service Center that previously worked for blower manufacturers and can offer considerable expertise to the customer. Matt Knight, blower repair engineer at Sulzer, explains: “We have a contract to repair blowers from any manufacturer. All the work that Sulzer carries out is done in-house, which means that the customer always knows how a repair is progressing and they can come and see for themselves.”

In this case, the water treatment works operates three blowers as part of a complex cleaning cycle for the media in its filtration system, but two of them had failed in quick succession and been sent to Sulzer’s service center. The repairs were completed, and the assets returned to be installed by the site’s own engineers. The maintenance team on the water treatment works had only just reinstalled the two repaired blower units and shortly after they were commissioned, they failed again. This left the aeration process with only one blower, the bare minimum for operation, but there was also considerable concern for the reliability of the remaining unit.

The units were removed once again and returned to Sulzer’s service center. Once they had been stripped down, it was clear that they had both suffered from overheating which had caused the rotors to expand and become seized. The intensity of the heat build-up in the blowers was evidenced on one of the units by the fact that the plastic cabinet extraction fan had melted. Once the blowers had been disassembled, it was found that the rotor had friction-welded itself to the housing. The fact that both blowers exhibited the same failure mode, suggested that the cause of the problem was not related to the unit itself, it was more likely to be a restriction, either on the inlet side or in the discharge line.

Matt continues: “We have a very good working relationship with this customer and the blower repairs are just one aspect of the service we provide. The fact that we complete all of our repairs in-house gives us complete confidence in the quality of the repairs that we deliver. It also means we can give progress updates whenever they are required and return the repaired equipment with minimal delays.” As soon as the blower repairs got underway, Sulzer offered to carry out an investigation at the treatment works to find the root cause of the problem. The engineers inspected the inlet filters along with the discharge pipework, using a borescope, but no obstructions were found. Attention then turned to the pressure relief valves (PRVs), which were situated inside the acoustic cabinets, and should have lifted in the event of the blowers operating against a restriction or excessive load. Both PRVs were removed and found to be seized, however, while this accounted for the failure of the blowers, these valves were not the cause of the restriction.

The blowers operate on a 24-hour cycle, producing scour air that backwashes the filter media. During the cleaning cycle, the blowers are not required to operate all of the time, and they are regulated by an unload valve, which vents excess air to the atmosphere. This avoids stop/starting of the blowers during the cleaning cycle. All three blowers are regulated by this valve, and closer inspection found that the diaphragm chamber was full of water, preventing it from operating. This, combined with the PRV failures, had led to the blowers becoming distressed very quickly; only the proper function of the remaining PRV had prevented the last blower meeting the same fate. The unloading valve was stripped and cleaned, but the recommendation was to replace all of the PRVs as well as the unloading valve to be sure the blower circuit would continue to function reliably. With over 15 years of service, these valves had performed well, but without a regular maintenance schedule, their operating condition remained unchecked.

While the on-site investigation was completed, the engineering team at the Bristol Service Center removed the damaged rotors and, using OEM drawings, machined the rotors and the casing back to original dimensions, ensuring the correct clearances were provided. The blowers were reassembled and returned to site, where they were reinstalled. The Sulzer engineers compiled a field report for the customer that detailed the findings of the investigation and recommended implementing a maintenance routine for the PRVs, the unload valve and the non-return valves, to ensure continued, reliable operation.

Matt concludes: “Without the on-site investigation, we could have just repaired the blowers and they would have continued to fail. The combination of our technical expertise and application knowledge has been invaluable in resolving this issue and ensuring long-term reliability for our customer.” 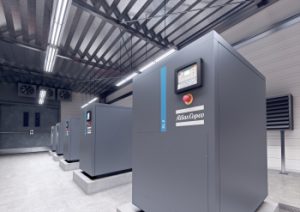 Atlas Copco has extended its low-pressure blower offering with the introduction of the ZL2 lobe blower 11 to 45 kW range. Available in a variety of standard or custom configurable models, and with the choice of fixed-speed or VSD power versions, the ZL2 blowers now provide the option of pure mechanical basic units employing dial gauges for pressure reading, or high-end solutions with integrated VSD inverter and intelligent Elektronikon control.