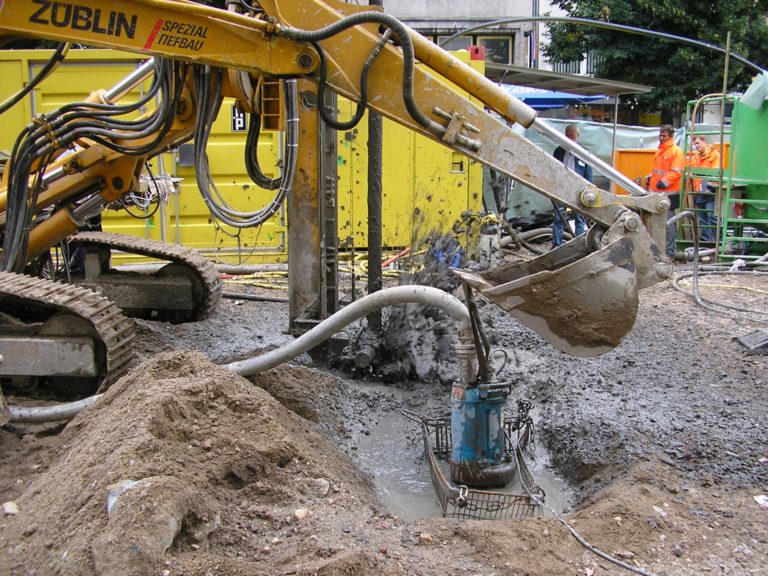 Cement suspensions on a construction site in Cologne, Germany: long service lives are possible with heavy sand pumps such as those from Tsurumi. (Image source: Tsurumi)

This was the experience of a construction crew in Cologne, Germany, who wanted to use the soil grouting method to grout the floor. They relied on cantilever pumps to remove the liquid residues. This was a wise decision, because such pumps are quite suitable for swampy applications with high solids content and low immersion depths. In special civil engineering, however, they quickly reach their limits. In the case described, the pumps lasted only a few weeks. The highly abrasive pumping medium was so hard on them that a more economical solution had to be found.

In the process, also known as jetting, the soil is mixed with a binding agent, usually a cement suspension, under high pressure until a solidified soil mass is produced. It is used for deep foundations, underpinning or sealing bases for sheet piles. At several hundred bars of pressure, the self-hardening binder shoots out of the drill pipe into the working area. Loosened soil pushes to the surface with the excess cement suspension and must be removed. The resulting volume is considerable and amounts to several times the worked soil space.

After detailed consultation, pump dealer Biergans from Duisburg (Germany) provided a heavy sand pump of the type GPN from Tsurumi. It has a spiral-shaped housing to channel the abrasive pumped medium through the thick-walled unit with the least possible damage potential. To reduce wear, the suction plate and impeller are made of chrome cast iron. To maximise the flowability of the viscous mixture and prevent clogging, an agitator is mounted on the shaft.

The pumps of the GPN series move up to 9,000 litres per minute, achieve delivery heads of up to 34 metres and swallow solids up to 30 mm grain size. Tsurumi keeps them as stock items, and they are also included in the manufacturer's rental pool. 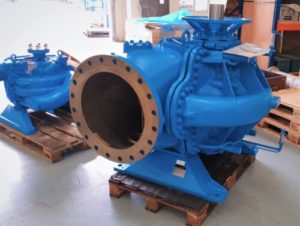 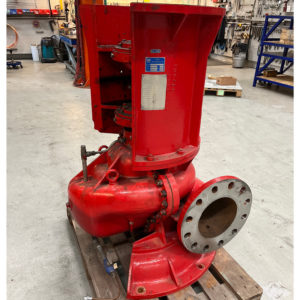