Schlumberger Chairman and CEO Andrew Gould commented, "Strong fourth-quarter activity resulted in new record levels of Oilfield Services revenue and pretax operating income. Activity increased in almost all regions with the largest year-on-year growth recorded in the GeoMarkets in India; Malaysia, Brunei and the Philippines; Canada; East Africa and the Eastern Mediterranean; and Arabia. On a yearly basis, Russia continued to make impressive progress with growth exceeding our expectations despite the absence of any activity for Yuganskneftegas in the quarter.

"Pricing increases in North America accelerated during the quarter, particularly in Canada and US Land. In addition, contract awards and renewals in the Eastern Hemisphere were generally executed at improved pricing levels.

"The introduction and market penetration of new technology also contributed to the growth. The Drilling & Measurements PowerDrive family, together with Wireline Analysis Behind Casing and PressureXpress services and Well Services stimulation technologies, all made very satisfactory progress. The rate of new technology introductions will accelerate over the coming two-year period.

"The industry is now clearly focused on the need to build additional supply capacity for both oil and gas. This is evidenced by increasing exploration budgets and new field development plans, as well as unprecedented efforts to increase production and recovery from existing reservoirs. Strong market fundamentals, our extensive technology portfolio and unique global workforce make us ideally placed to grow in this environment.

"We are pleased to announce that the Board of Directors approved a 12% increase in the quarterly dividend."

Overall sequential revenue increases were highest in the Canada, Mexico, India, Venezuela and East Africa GeoMarkets. By technology, all Segments were higher with demand particularly strong for Wireline and Well Services.

Sequential revenue growth was due to increased activity in Canada and the resumption of drilling in the Gulf Coast after weather-related slowdowns in the prior quarter. In addition to the strength of the drilling activity, market share gains and higher pricing also contributed to the strong performance in Canada.

Robust pretax operating income growth in US Land was mainly due to increased operating leverage, with double-digit price improvements experienced in Wireline and Well Services from 2003 averages. In Canada, a favorable geographical mix, coupled with sustained pricing improvements, also led to the improvement in the operating margin.

During the quarter the technology component of turnkey service revenue in the Gulf of Mexico was evaluated against our objectives but proved insufficient to outweigh the risk associated with the turnkey drilling business model. As a result, the decision was made to exit the activity. During the quarter, pretax operational losses and termination costs of $10 million were incurred.

In the quarter a number of key technology solutions were deployed across the Area. Working on a deepwater project, ChevronTexaco, together with Schlumberger Drilling & Measurements, successfully developed and deployed the world's first 26-inch PowerDrive vorteX* high performance rotary steerable system. This unique tool configuration improved both drilling efficiency and well placement accuracy.

Well Services introduced carbon-dioxide-compatible ClearFRAC* CO2, the latest addition to the ClearFRAC family of viscoelastic surfactant fracturing fluids. This unique fluid system extends the application of ClearFRAC technology to the tight-gas and mature reservoir markets. This system was extensively field tested in the United States and Canada during the second half of 2004, showing improved well economics over traditional polymer-based fracturing systems.

Key contracts secured in the quarter included a multi-year award from BHP Billiton for 100% of the wireline, LWD/MWD, PowerDrive* rotary steerable and Oilphase* fluid sampling and analysis services on their Gulf of Mexico operations.

While all GeoMarkets posted sequential revenue increases, results were strongest in Mexico and Venezuela, with demand higher across all technology Segments. The revenue increase in Mexico was mainly due to the return of PEMEX drilling activity levels to those experienced prior to the third quarter, coupled with higher levels of Integrated Project Management (IPM) activity on the Burgos projects. Revenue in Venezuela improved markedly with increased drilling activity and market share, primarily due to Drilling & Measurements and Wireline technologies. During the quarter, contract negotiations continued with PDVSA on certain integrated projects.

Sequential operating income improved on higher activity in Mexico and Venezuela. However, the consequent improvement in operating margin was moderated by a larger contribution of Schlumberger-managed third-party services on IPM projects in Mexico.

The year-on-year operating margin decline was mainly attributable to higher project costs in Mexico and reduced levels of IPM activity in Venezuela.

During the quarter, Well Completions & Productivity engineered a new and unique solution combining electrical submersible pump technology with well testing services for a heavy oil environment offshore in the Bay of Campeche. The successful results enabled PEMEX to better evaluate and understand the reservoir.

Also in Mexico, PEMEX awarded Schlumberger a new 350-well IPM contract in the Burgos Basin. The multi-year contract value is estimated at $550 million and will include drilling and completion work for development and appraisal gas wells.

Sequentially, the revenue declined mainly due to a halt of activities for Yuganskneftegas in Russia and the seasonal weather-related slowdown in the Caspian Sea. The successful redeployment of the equipment previously working for Yuganskneftegas was completed in the quarter.

Year-on-year growth was primarily driven by the Russia, West Africa and Continental Europe GeoMarkets. In Russia, business grew by more than 30%, mainly due to continued expansion of the customer base and the deployment of new production-related technologies. These included PhaseTester*, ABC* Analysis Behind Casing and MaxTRAC* technology services. Activity growth in the West Africa GeoMarket resulted from continued interest in deepwater projects by international oil companies, increasing demand for Well Services and Well Completions & Productivity technology services. This demand also resulted in the M/V Galaxie stimulation vessel recording a 38% activity increase over the prior year. Growth in the Continental Europe GeoMarket was mainly due to market share gains in Eastern Europe.

Operating income was adversely affected by lower activity in the Caspian Sea, coupled with redeployment costs and associated decreased operating efficiency in Russia, and persistent union strikes in Norway. The weakening of the US dollar against other currencies had a negative impact of $7 million year-on-year. These negative effects were partially offset by the continued strengthening of offshore drilling activity in Nigeria.

During the quarter, key technology solutions were deployed across the Area. In the UK, FloScan Imager* was used for Shell to acquire logging data in horizontal wells, providing continuous operations and rig-time savings. Utilizing InterACT* the logs were transmitted to the customer in real time for immediate interpretation and rapid decision-making, which ultimately led to successful gas shut-off.

In West Africa, the first Wireline MaxTRAC downhole well tractor system was used to deploy a VSI* Versatile Seismic Imager tool for Total Congo as part of their extended-reach drilling campaign. This groundbreaking job saved time and reduced costs for the operator.

Key contract awards during the quarter included a contract for more than $100 million by Sibneft to provide well construction and stimulation services in Western Siberia.

Sequential revenue growth was primarily driven by the GeoMarkets in the Middle East, Malaysia and India. Activity in Saudi Arabia was focused on increasing production capacity, resulting in higher levels of drilling activity throughout the quarter. This trend is expected to continue in the coming quarters. Activity in Qatar continued to increase due to ongoing gas development projects in the North Field. Increased deepwater activity in India continued to build on strong performance with additional offshore rigs deploying Drilling & Measurements and Wireline technologies. Demand for Well Completions & Productivity technologies was particularly strong in the quarter, mainly in the Gulf from projects with RasGas, in Saudi Arabia from the commissioning of the Abu Safah project, and in Malaysia from higher testing activities and artificial lift sales.

During the quarter, key technology solutions were deployed across the Area. The CHDT* Cased Hole Dynamic Tester tool, part of the suite of ABC Analysis Behind Casing technology services, was used to identify a high-pressured zone in a depleted reservoir in China; to acquire pressures and fluid samples in Saudi Arabia and Abu Dhabi; and to acquire samples and pressure readings in Malaysia in two wells where conventional, open-hole methods were not successful.

In the quarter a number of contracts were awarded. These included a multi-year contract from ONGC India for all wireline logging, perforating and drill-stem test work for their offshore operations. The value of this contract is estimated at more than $125 million.

In the Gulf, demonstrated service quality and the introduction of new technology services led to the award of major contracts in Qatar and Oman. These included a $320 million, multi-year wireline and tubing conveyed perforating contract by Petroleum Development Oman (PDO) for their North and South operations.

Sequentially, Multiclient sales increased 53% mainly in the Gulf of Mexico, resulting from high levels of customer interest, and in preparation for the central Gulf of Mexico lease sale in the first quarter of 2005. Land activity increased 15% mainly in the Middle East with more crews active in Libya, Algeria and Saudi Arabia. Data Processing increased 10% reflecting higher acquisition volume. Marine activity declined 22% reflecting the seasonal slowdown in the North Sea, adverse weather in Latin America and a high number of vessel transits during the quarter. Marine activity in the first half of 2005 is expected to recover with higher vessel utilization and improved pricing.

Year-on-year Multiclient sales increased by 18%, mainly in North America, driven by the high oil and gas price environment and a pending lease sale in the central Gulf of Mexico.

Sequential operating income increases were mainly due to accelerating demand for reservoir-focused Q-Marine* activity, together with Multiclient sales. This strong result was partially offset by the high costs of the exceptionally large number of vessel transits during the quarter.

The WesternGeco backlog at the end of the fourth quarter reached $670 million, increasing 11% over the previous quarter and more than doubling year-on-year.

WesternGeco and Schlumberger have received grand jury subpoenas from the U.S. Attorney's office in the Southern District of Texas seeking documents relating to possible fraud in obtaining visas for non-U.S. citizens working as crewmembers on vessels operating in the Gulf of Mexico. We are in the process of responding to the investigation, including providing information sought by the subpoenas. The Company is unable to predict the timing or outcome of this matter. 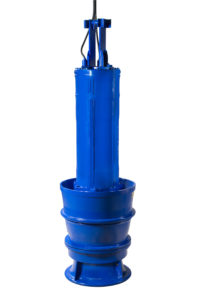 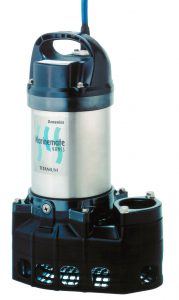 If pumps break down prematurely, it is not always related to the granular sediment in the dirty water. This will literally reduce exposed parts such as the impeller. But often the pH value of the water is the real problem. 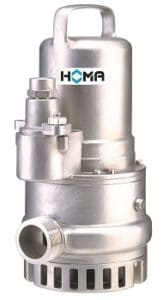