Pump Solutions Group is pleased to announce that Karl Buscher has been named to the newly created position of President of PSG Americas. In his new role, Buscher will assume all commercial and operational responsibilities for PSG’s operations in the Americas region, and will report directly to PSG President Dean Douglas. 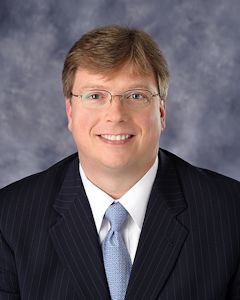 The announcement comes in conjunction with PSG’s recent decision to change its corporate organizational structure to a region-based one with operations centered in the Americas, Middle East, Europe and Africa (EMEA), and Asia. The reasoning behind this restructuring is to meet future demands of scale, accountability and growth, both organic and acquired, as PSG continues to pursue its goal of becoming a globally recognized $1 billion-plus flow-control solutions platform.

“The success of this restructuring is paramount to the continued overall success of PSG and we feel that Karl is the perfect person to head our new PSG Americas operation,” said Douglas. “In his time with us, he has shown a tremendous ability to coordinate our global ambitions with our desire to ensure that the needs of every business partner and customer are met each and every time. This is an ability that will be invaluable in his new role and we are confident that he is up to the task.”

Buscher joined PSG in November 2011 as Senior Vice President for the newly created PSG Commercial organization. Prior to arriving at PSG, Buscher spent more than 20 years with the ITT Corporation. Buscher holds a Bachelor’s degree in General Engineering from the University of Illinois-Champaign and an MBA from the Kellogg Graduate School of Management at Northwestern University.