The tried and trusted EXtronic® dosing pumps from ProMinent have been adapted to conform to the new EU Ex directive 94/9/EG, which is also recognised by many authorities outside the EU.

The EXtronic model EXBb is available in two versions. The EXBbG model for metering liquid media in factory operations where there is a potential risk of gas explosion and the second EXBbM model for use in fire-hazardous underground excavation work.

Both versions incorporate a manual control system with potentiometer for adjusting the stroke speed as well as an external switch and external analogue drive. Another new feature is a pause option in the manual control system, which can be used to connect or disconnect the pump via a zero volts switch. All manual system additions are available as optional extras and are intrinsically safe.

To further enhance its current range of application, ProMinent has developed a pump construction with safety diaphragm for gas odorising.

A pungent odoriser is usually added to natural gas so that leakages in gas pipes or release from open valves can be immediately detected. For this reason, the strongly unpleasant smelling odoriser is also added in minute quantities to the almost odourless natural gas. Proportional quantities are added in this application in the centrally located odorising stations via an external input switch on the pump.

The EXtronic is fitted with a safety diaphragm for pumping this medium, which triggers an alarm if the diaphragm is ruptured, preventing even the slightest trace of odoriser escaping into the surroundings/environment. False alarms, which in some cases lead to evacuation of entire districts, can thus be eliminated. For this type of application for pumping odorising agents, ProMinent recommends the Extronic "external contact“ model 2501 with an output of 1.1 l/h at a maximum counter pressure of 25 bar. 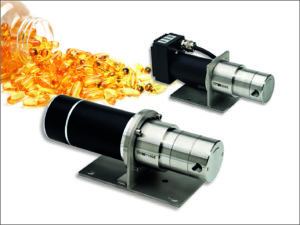 Microencapsulation is becoming increasingly important in pharmaceutical, cosmetics, food and agricultural industries. New dosage forms are emerging, the efficacy and tolerability of active substances is increasing, and the range of applications for approved substances is growing. Precise metering techniques in the low-volume range are a necessary prerequisite for the production and processing of APIs. Metering pumps by HNP Mikrosysteme are a suitable technical solution. 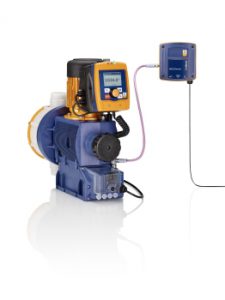