Process Diaphragm Pumps with PTFE Diaphragm for Pressures up to 1.000 bar

On offshore drilling platforms, drilling ships, and FPSO (Floating Production Storage Offloading) space is scarce, and space saved is worth cash money. Operators therefore prefer compact, lightweight system components. But how can a process diaphragm pump, for example, stay compact when the operator needs ever higher process pressures at the same time? 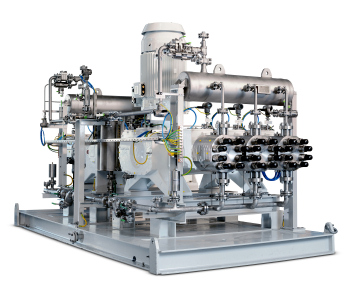 The space requirements and weight of a high-pressure process diaphragm pump are primarily deter-mined by the diameter of the pump head. This depends in turn on the geometry of the diaphragm. At first glance, it s surprising that PTFE-diaphragms need a smaller diameter than metal diaphragms for the same pump power. This is due to the fact that a high-elasticity PTFE-diaphragm can be deformed to a greater extent (has a larger stroke volume) than a comparatively stiff metal diaphragm. Their smaller displacement requires a greater diameter.

But inclusion of a PTFE-diaphragm in a high pressure design is not simple, and requires very special fabrication expertise and knowledge of materials. Lewa solves this task by means of a patented pres-sure-supported diaphragm fixation system. Its special feature is that the fixation is structurally pre-vented from expanding during the pressure stroke. No additional auxiliary seal is thus required – even at pressures up to 1000 bar. Therefore Lewa is the only pump manufacturer, that works with a PTFE-diaphragm inside the M800 pump head series at pressures between 400 and up to 1000 bar.

The fixation geometry developed for this purpose was calculated using the Finite Element Analysis (FEA). FEA is used among other things for the investigation and clarification of the following ques-tions:

The advantages of a PTFE-diaphragm with respect to a metal diaphragm are impressive. In addition to the obvious space and weight advantages, process pumps equipped in this manner are also char-acterized by longer diaphragm lifetime and greater tolerance to particles. NPSH requirements are lower due to the good suction capability. The cost advantages due to materials and size should also not be forgotten.

The M800 pump head with PTFE-diaphragm is used in the Lewa ecoflow and Lewa triplex series (flow rates or volume flows between 0.1 and 1 m³/h per pump head; viscosity of the medium up to 100,000 mPas; temperature range between -20 and +80 °C).

Where PTFE-diaphragms hit their limits, that is, at higher temperatures, with media that attack the PTFE chemically such as fluorine, and when a high diffusion resistance is required, Lewa also offers pump heads with metal diaphragms. 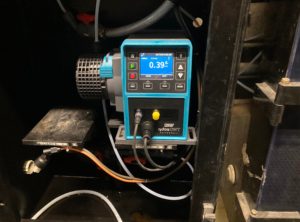 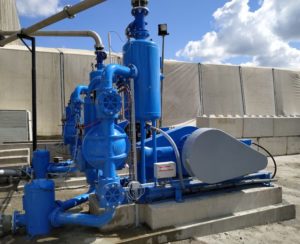 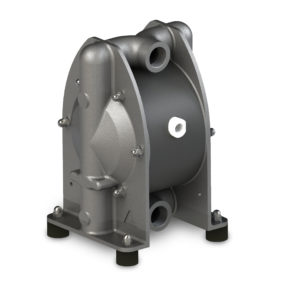 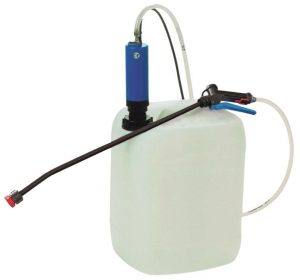 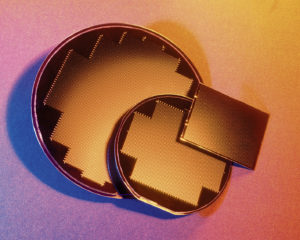 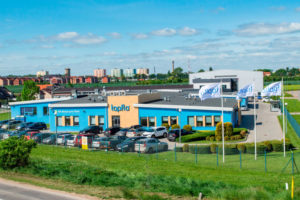