The Chilean Collahuasi Mine in the Pica district of the Tarapacá region produces more than 5,000 tons of fine copper per year, making it one of the largest copper mines in the world. Two opencast mines, Rosario and Ujina, provide the necessary copper ores, which are smelted on site into copper concentrate and cathodes. Destination: Far East and the Chilean copper industry. For enrichment, the mine relies on the "flotation" process, for which the German motor pump manufacturer Pleuger Industries now supplies six robust high-performance pumps. 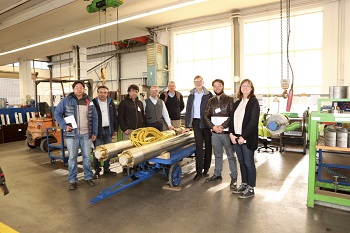 The acceptance of the six hand-made aggregates, to which the technical management of the mine together with the pump distributor Wellford had travelled from Chile to Hamburg, took a week. This is not unusual when one considers the significance of the new submersible motor pumps for the processing of copper sulphide: The 10-inch pumps are used to dewater the copper sludge in the "flotation" process and extract the copper concentrate. If the pumps fail, the production process comes to a standstill until the pumps are repaired. Reliability therefore has top priority. The decision in favour of a pump manufacturer is therefore less a question of one-time costs than of confidence in the technical know-how of the engineers. The company Wellford from Chile, Collahuasis pump supplier, brought Pleuger Industries into play because the German pump manufacturer has decades of experience in designing pump units for the special requirements of the mining sector. Pleuger s engineers have acquired their expertise in various customizing projects around the globe, which the Hamburg-based company continuously uses in the construction of its engines.

Process pumps used in copper production operate under extreme conditions: Copper, a semi-precious metal dissolved in water, quickly oxidizes the materials from which pumps are usually made. In order to counteract this process, the engineers at Pleuger Industries rely on a corrosion protection concept specially adapted to the customer when designing the pumps. In addition, the new pump systems must be energy-efficient, because Collahuasis copper production follows an energy management system based on international standards. 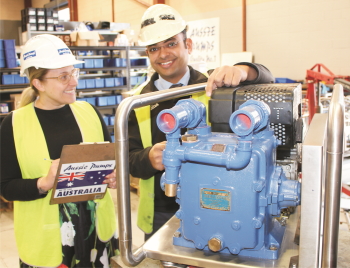 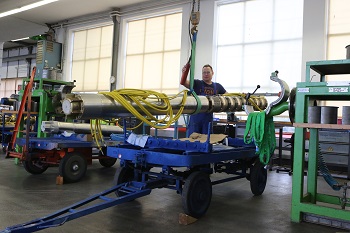 Nina Kopola Resigns from Metso’s Board of Directors

Nina Kopola will resign from Metso’s Board of Directors as of August 1, 2019, because she has been appointed Director General of Business Finland.